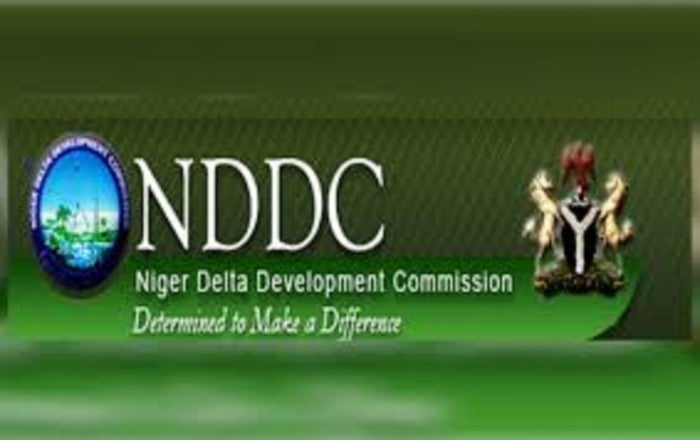 The Niger Delta Development Commission (NDDC) says it spent the sum of N81.5 billion in eight months and not in seven.

The commission said this while reacting to a report that it expended the aforementioned sum within seven months.

In a series of tweets on Sunday, the NDDC explained that the sum was spent by two interim management committees (IMC) between October 29, 2019 and May 31, 2020.

The commission said if the television station fails to retract its report, it would take it up with the National Broadcasting Commission (NBC).

“It’s false to say NDDC mismanaged N81.5 billion between Jan and July 2020. Truth is that [the] sum was spent by two Interim Management Committees of the NDDC between October 29, 2019 and May 31, 2020, according to the Central Bank of Nigeria,” it tweeted.

“We are appalled that TVC could descend to propagating falsehood.

“We hereby demand that TVC recants, otherwise we’ll be compelled to take their misdemeanor up with the National Broadcasting Commission.”

The house of representatives is currently probing the commission for mismanaging the aforementioned sum.

The investigation by the house commenced after the senate concluded its own probe last week.

The report of the probe by an ad hoc panel of the upper legislative chamber is expected to lay its report soon.

The probes have sparked a series of allegations and counter-allegations, with the latest between Joy Nunieh, former NDDC acting managing director, and Godswill Akpabio, minister of Niger Delta affairs.

While Nunieh has accused Akpabio of fraud and sexually harassing her, the minister said the former acting managing director had temper issues and ran the commission in a non-transparent manner.