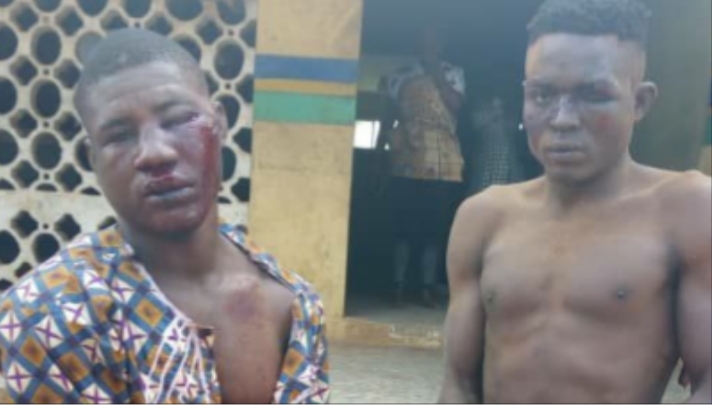 Two notorious armed robbers have been arrested by the men of Ogun state police command for stealing motorcycles in the state.

This was contained in a statement released by the Police Public Relations Officer in the state, DSP Abimbola Oyeyemi.

The PPRO said the suspects, Joshua Michael, 27 and Emeka Nwanga, 26, were apprehended on Monday, July 20 with the combined efforts of policemen attached to Ilese-Ijebu Division in Ijebu-Ode.

According to Oyeyemi, the suspects were behind most cases of motorcycle snatching in the Ijebu-Ode and its environs.

He said the suspects were arrested when they attempted snatching another motorcycle at Ikangba Estate and a distress call was put across to the Divisional Police Officer (DPO), SP Olusesi Kayode, who promptly mobilized his Anti-robbery team to the scene.

“On sighting the policemen, the suspects took to their heels but were hotly chased and apprehended with the help of members of the public.” the statement read

Oyeyemi added that a motorcycle and a locally-made pistol were recovered from the suspects.

“Meanwhile, the Commissioner of Police, CP Kenneth Ebrimson, has ordered the transfer of the suspects to Special Anti-robbery Squad (SARS) for discreet investigation and prosecution”, the statement concluded.