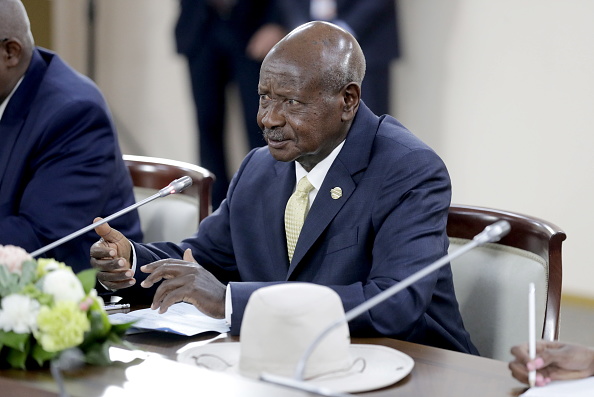 “Yes, we can confirm he has picked nomination forms for our flagbearer position,” Rogers Mulindwa, spokesman for the ruling National Resistance Movement (NRM), told Reuters, adding that no-one else had yet shown up to contest him within the party.

Though no date has yet been fixed for the 2021 vote, it is typically held in February. The strongest opposition presidential aspirant is a pop star and lawmaker Bobi Wine, 38, whose music endears him to the young.

Critics complain Museveni has been using anti-coronavirus measures like bans on public gatherings to secure an advantage and stymie preparations by opponents.

Uganda has been relatively sheltered from the pandemic so far, with just 1,065 cases reported and no deaths.

After years of instability in Uganda including the despotic rule of Idi Amin, Museveni was initially hailed by the West as part of a new generation of African statesmen, praised for his economic and educational reforms and the continent’s most successful fight against HIV/AIDS.

But over the years, he was increasingly criticised for refusing to relinquish power, failing to end corruption and an autocratic leadership.

In past elections, the ruling party has ring-fenced the candidacy for Museveni, disqualifying some potential rivals.

Rights groups have long accused him of deploying security forces to intimidate opponents while using public finances to reward loyalists and expand his support.

“Coronavirus measures have become a tool for Museveni to control and destroy opposition to his rule,” said opposition lawmaker Semujju Ibrahim Nganda.

Museveni has won five presidential elections and in 2017 Uganda’s parliament, dominated by NRM lawmakers, removed an age cap from the constitution, allowing him to seek another term.

That parliament vote was marred by fist fights in the chamber and at one point elite force soldiers entered and removed opposition lawmakers.