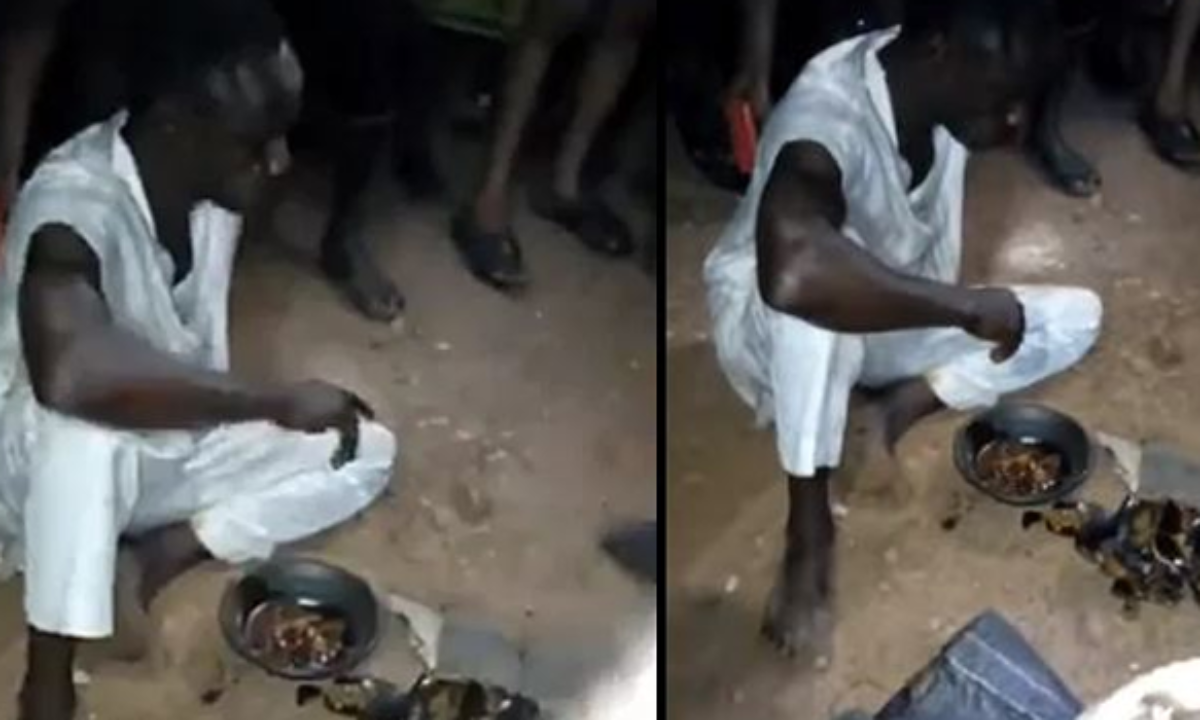 A cleric has been forced to consume a sacrifice after he tried dropping it at a neighbourhood.

An Islamic cleric has been forced to eat a sacrifice after he was caught trying to drop it at a neighbourhood at night.

The incident happened in Akure area of Ondo State.

In a video of the incident currently circulating on social media, the cleric called Alfa can be seen sitting on the bare ground with a crowd gathered around him.

In the 1:49-minute video, a calabash with some food-like concoction can be seen positioned before him.

The crowd can be heard compelling him to eat the content of the calabash as he pleads for mercy.