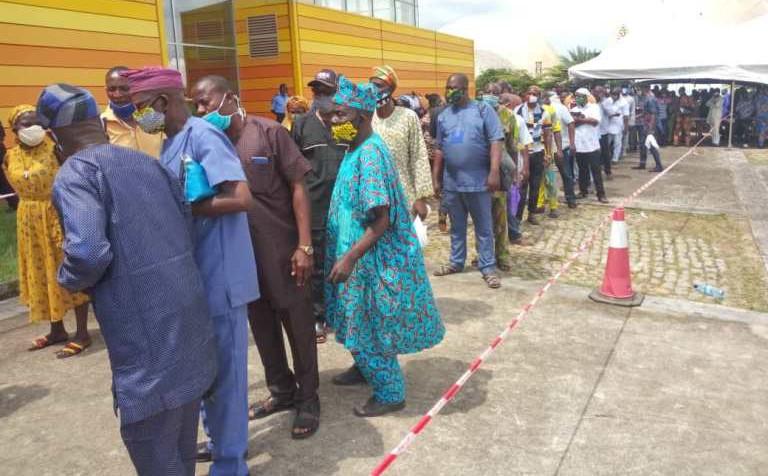 The voting for the election of the Peoples Democratic Party (PDP) flag bearer for the October governorship election in Ondo State has started.

The voting commenced after accreditation of 2,000 delegates at the International Event Centre, Akure.

“Voting started around 2:25pm and it is going on smoothly at the moment. There is not cause for alarm”, Zadok Akintoye, the party’s publicity secretary said.

The delegates who moved into the venue were asked to cast their votes and leave the venue immediately in order to avoid overcrowding.

The chairman of the primary is the governor of Enugu State, Ifeanyi Ugwuanyi.

Speaking earlier before the commencement of the primary, the Chairman of the Ondo Primary Committee and Governor of Enugu State, Ifeanyi Ngwuanyi, assured that the process would be free, fair and transparent.

He said he had met with the aspirants and commended their peaceful disposition to adhere to the results of the election.

Before now, the leadership of PDP, led by Uche Secondus, held a meeting with all the aspirants who signed a Memorandum of Understanding (MoU) to support any candidate who emerges at the gubernatorial primary election.

Whoever emerges as the PDP candidate is expected to be the main challenger to Governor Rotimi Akeredolu, who is the candidate of the ruling party, APC.