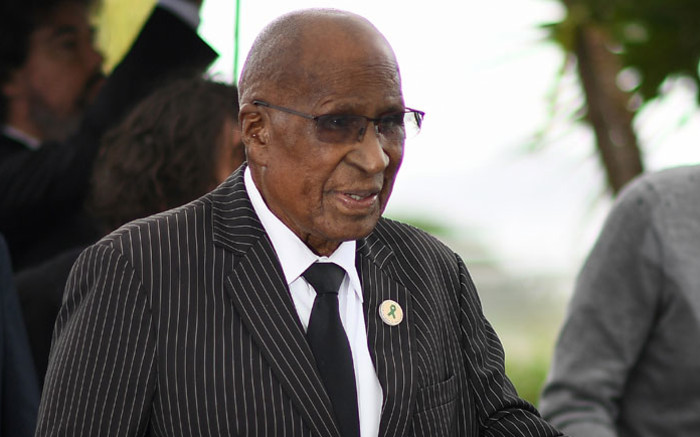 The death of South African anti-apartheid figure, Andrew Mlangeni, has been announced.

Andrew Mlangeni, who died at the age of 95, stood trial alongside Nelson Mandela in the 1963-64 Rivonia Trial.

Mlangeni’s death was announced on Wednesday, July 22. He was the last surviving Rivonia trialist, spending more than a quarter of a century imprisoned on Cape Town’s notorious Robben Island before his release in 1989.

Mlangeni was admitted to a military hospital in the capital Pretoria on Tuesday, July 21, with an abdominal complaint.

Announcing his death, the presidency said in a tweet: “President Cyril Ramaphosa has learnt with deep sadness of the passing away overnight of the last remaining Rivonia Trialist.”

“With his passing as the last remaining Rivonia Trialist, Bab’Mlangeni has indeed passed the baton to his compatriots to build the South Africa he fought to liberate and to reconstruct during our democratic dispensation,” Ramaphosa said.

After his release, Mlangeni served as a lawmaker in South Africa’s first democratic parliament from 1994.

In his later years, he was chairman of the integrity committee of the ruling African National Congress party, which was responsible for investigating corruption allegations against its leaders.