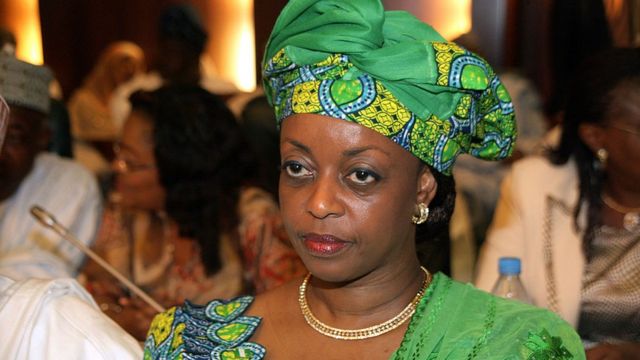 Former Minister of Petroleum, Diezani Alison-Madueke, may have no hiding place anymore in the UK after a Nigerian court ordered her appear before it on 28 October.

She is expected to answer to a money laundering charge filed against her by the Economic and Financial Crimes Commission (EFCC).

Justice Ijeoma Ojkukwu of the Federal High Court, Abuja gave the order Friday in a ruling on an ex-parte motion brought by the EFCC’s lawyer, Faruk Abdallah.

She said the order must be advertised in a national newspaper and uploaded on the website of the EFCC in a conspicuous manner.

This, she said, would make it easier for Diezani to be aware of the invitation.

The EFCC had accused the former minister of fleeing the country for the United Kingdom (UK) in order to escape justice.

Earlier, Abdallah had, while arguing the motion, noted that since Diezani allegedly fled the country, it was difficult to get her back to respond to the various criminal allegations against her.

He said there was the need for a court’s summons or arrest warrant to compel her appearance in court.

The lawyer, in a document filed along with the motion ex-parte, said it sought to question Diezani, without success, in relation to many allegations against her.

The allegations include “her role as the Minister of Petroleum Resources and her role in the award of Strategic Alliance Agreement (SAA) to Septa Energy Limited, Atlantic Energy Drilling Concept Limited and Atlantic Energy Brass Development Limited by NNPC.

She is also wanted to respond to questions about “her role in the chartering of private jets by the Nigerian National Petroleum Corporation (NNPC) and Ministry of Petroleum Resources.

She needs to explain her role in the award of contracts by NNPC to Marine and Logistics Services Limited.”

Abdallah said the agency was investigating Diezani’s business relationships with the following people and firms:

EFCC said Dezani is also required to clear the air on “her role in financing the 2015 general elections, particularly the money that was warehoused at Fidelity Bank Plc in 2015 prior to the elections.”

The EFCC lawyer said it equally wanted the ex-minister to speak on several items, documents and Jeweleries recovered from her house at 10, Chiluba Close, off Jose Marti Street, Asokoro, Abuja, and some identified property that were linked to her in Nigeria, UK, United States of America (USA), United Arab Emirate (UAE) and South Africa.

The judge then adjourned the matter till Oct. 28 for Diezani to attend court for the purpose of her arraignment on the pending money laundering charge.