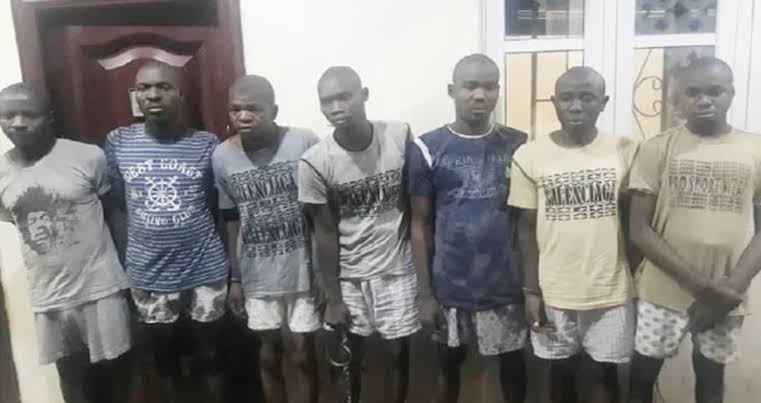 Seven workers at an energy firm in Odogbolu, Ogun State, are currently in police custody in connection with the kidnapping and killing of their boss’ father, one Hongli Song–a 65-year-old Chinese national.

It was learnt that the crime was orchestrated by the company’s security guard, identified simply as Israel, who is still at large, while Adelekan, a tyre repairer at the firm, mobilised other accomplices.

They were said to have demanded N50m ransom from their boss to release Song, who died after falling sick in a hideout where he was tied.

It was gathered that the boss, Defa, reported the case to the police and operatives of the Inspector-General of Police Intelligence Response Team led by DCP Abba Kyari went after the suspects.

The team in the course of investigation established a link to Adelekan, who had stopped coming to work, and arrested him.

An officer, who pleaded anonymity said the tyre repairer owned up to the crime and led detectives to arrest other members of the gang.

The officer said, “The suspects confessed that they kidnapped the man because, since they started working for his daughter (Defa), he used to shortchange them if they make any error. According to them, after they kidnapped the man, they kept him in a house where they fed him with drink and sausage.

“Four days after he was kidnapped, he attempted to escape and they tied him up. He fell sick and died. They put the man’s corpse in a drum and gave it to some fishermen who took it away. We are on the trail of other suspects.”

Narrating his role in the crime, 34-year-old Adelekan, said he was initially a staff member with the company on a monthly pay of N60, 000 but was allegedly demoted to a casual worker by his boss’ father.

He said, “I worked for three months before Mr Song came from China and sacked me because I bought a vehicle with my salary. They started using me as a casual worker. Israel called me and advised that we should kidnap the man so that his daughter would pay us a huge ransom.

“I informed Hammed Jabiri, who also worked in the company, and he invited one Moses, whom he said is a cultist and has guns. This was in October 2019. We planned the kidnap and on February 16, 2020, we got information, from the security man (Israel) that Mr Song had stepped out of his house. We struck and took him away in a car.

“Morufu and Adetayo called the man’s daughter and demanded N50m ransom, but while we were still negotiating, I got a call from the people looking after him that he was dead.”

Jabiri, 29, who worked as an automobile electrician at the company, said he had planned to kill Song after collecting the ransom because he recognised him.

“Unfortunately, the man died before the ransom was paid and we disposed of his body,” he added.

Adeniran, 36, stated that he drove the car used to kidnap Song, adding that he wanted to use his share of the ransom to set up a business.