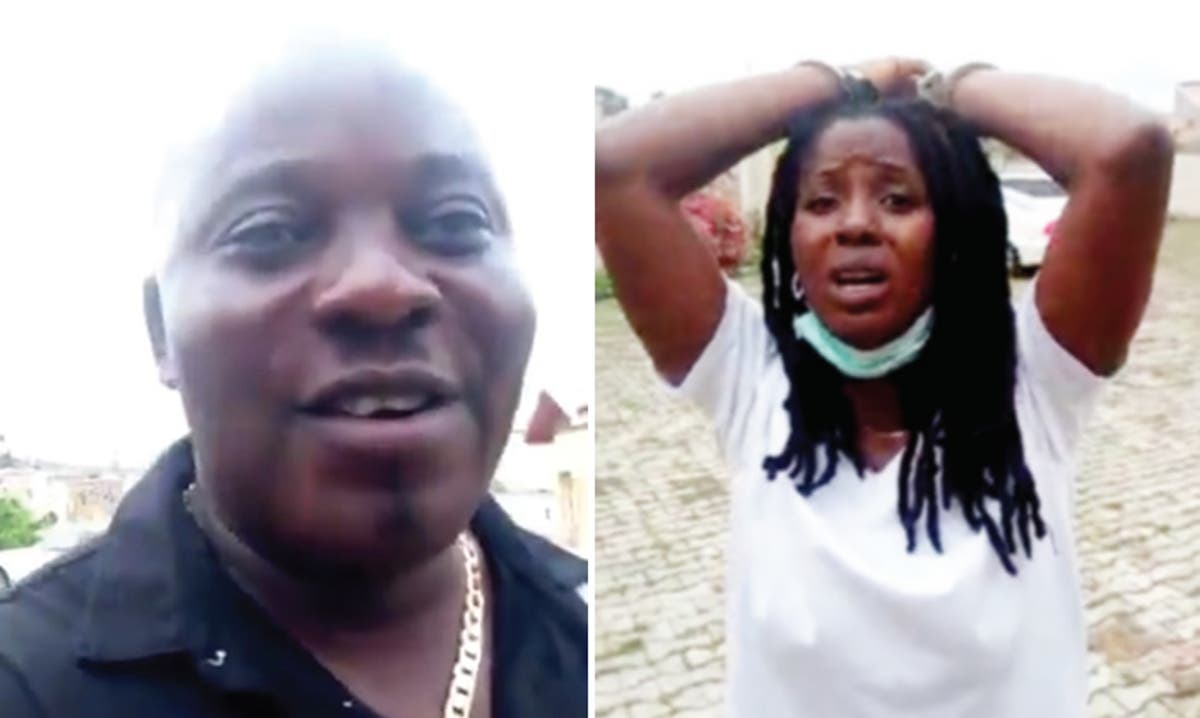 Another two persons have been arrested by the Nigeria Police Force for involving in sexual harassment of a female suspect seen at the home of a suspected armed robber and kidnapper.

This is coming barely 24 hours after the Nigeria Police Force have identified and arrested two of the officers identified as Tijani Olatunji and Inspector Gboyega Oyeniyi “for their role in the discreditable conduct and incivility to a member of the public on Thursday, July 23.

A video of a 25-year-old female suspect identified as Towobola who was sexually harassed by security officers suspected to be policemen after she was caught alongside a suspected kidnapper in Ibadan has surfaced on social media.

Barely 48 hours after the video went viral, the Inspector-General of Police, Adamu Mohammed has ordered an investigation and arrest of the police officers involved.

Recall that two of the suspects, ASP Tijani Olatunji and Inspector Gboyega Oyeniyi, have been arrested “for their role in the discreditable conduct and incivility to a member of the public on Thursday, July 23.

The Spokesman of the Nigeria Police Force, Frank Mba disclosed in a statement released on Friday, July 24 that the two additional persons arrested are CPL Aiyedun Akeem and one Ope Owoeye – the civilian accomplice popularly known as ‘Wyclef’, bringing the total number of persons arrested to four.

Mba said an investigation is still ongoing after which the Force internal disciplinary procedures will commence for the officers.

Mba said police detectives from the State CID, Panti, Yaba, Lagos have established contact with the victim with assurances that justice will not only be done but will be seen to have been manifestly done.