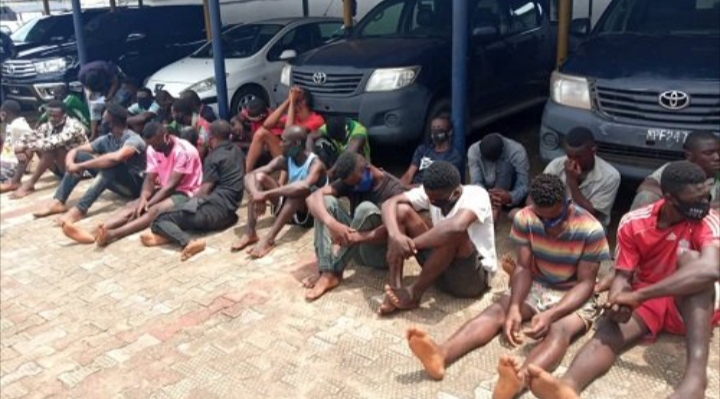 Shocking it was as a 20-year-old suspected cultist identified as Somtochukwu Onyebuchi reportedly confessed to initiating atleast five under aged children into secret cult group in Anambra state.

The suspect who is a barber and haila from Ire village, Ogidi in Idemili North Local Government Area of the state was among the 103 suspects paraded by the police command.

While narrating how he initiated the under aged children into secret cult, Onyebuchi blamed his actions on the devil and warned others still in the business to quit to avert being caught.

He said: “I’ve been a member of the JVC since 2015 and I have initiated about five under aged children. I have a way of convincing them to join willingly.

“I regret engaging in the act because I can’t even boast of what I’ve benefitted since I joined. I advise other members to come out so they won’t be caught.”

Speaking on the development, the Police Public Relations Officer in the state, Haruna Mohammed said the suspect who specialised in initiating teenagers into secret cults had been on the Police wanted list.

He said: “The suspect was arrested around 5am by operatives attached to the Command Special Anti-cult unit following a tip off.

“He has initiated so many of the children and led us to their hideout where we arrested two under aged but were granted bail.”

He said they would be charged alongside with the principal suspect after investigations.