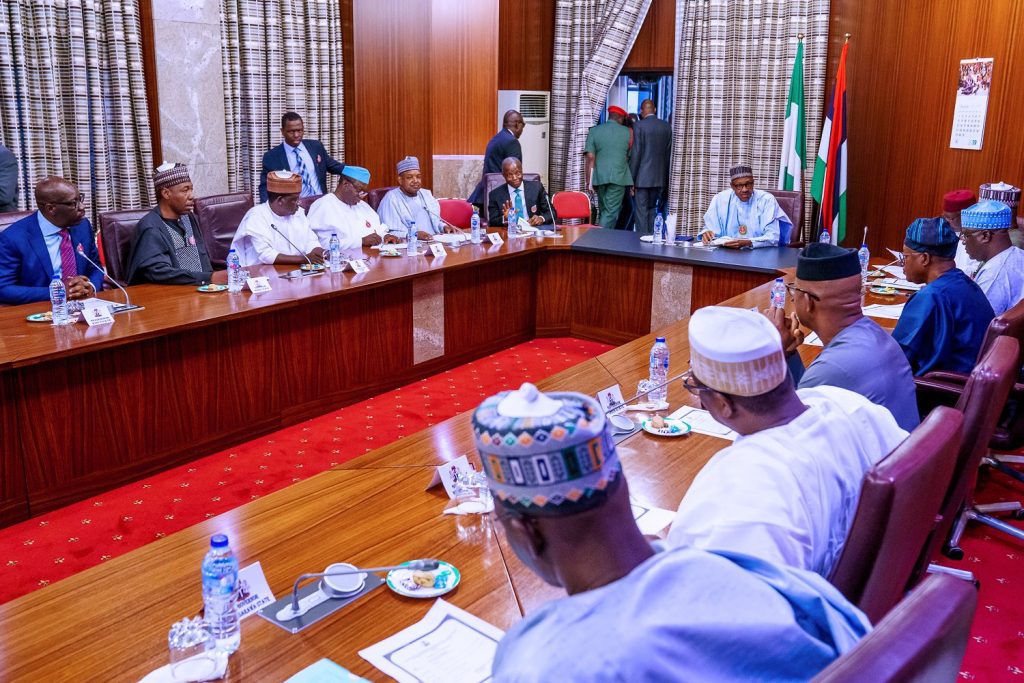 The planned meeting between President Muhammadu Buhari and the All Progressives Congress (APC) governors on Tuesday was abruptly stopped.

As earlier reported by Naija News, the virtual meeting between the President and the governors kicked off about 11:25am.

Physically present at the meeting were Vice President Yemi Osinbajo, Secretary to the Government of the Federation (SGF) Boss Mustapha, Chief of Staff to the President, Professor Ibrahim Gambari as well as the Chairman of the Progressive Governors’ Forum (PGF), and Kebbi Governor Atiku Bagudu.

Other governors from the ruling party connected to the meeting virtually.

However, it is understood that about 30 minutes into the meeting, the meeting was stopped and had to be adjourned till 3pm.

As at press time, the reason for the adjournment was yet to be made public neither was the agenda for the meeting.