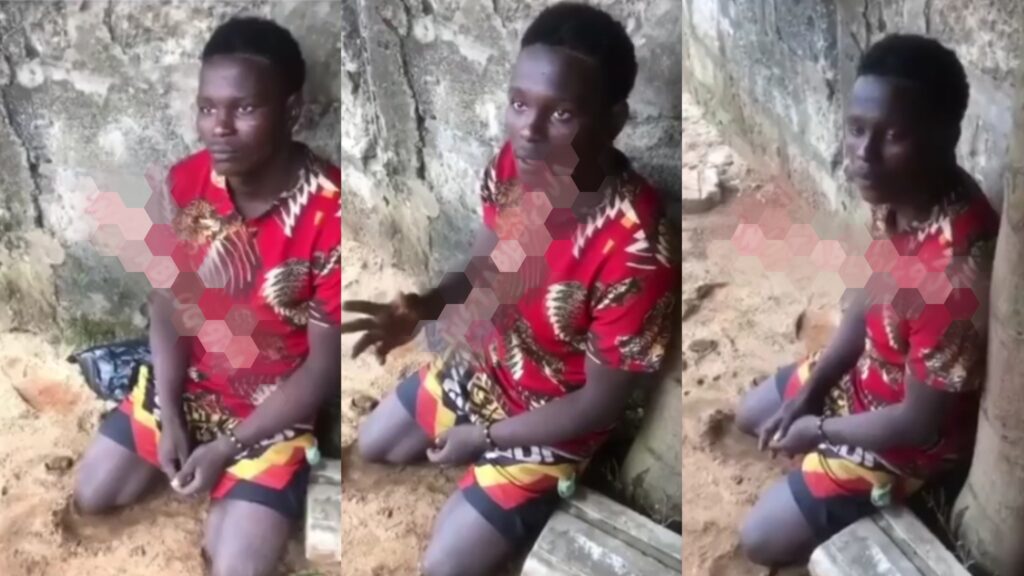 A 24-year-old security man, named Isaac, who defiled is neighbour’s 3-year-old daughter has been arrested by the police in Asaba, Delta State.

According to a source, the security man is a very close of the victim’s family, and because of his relationship with the girl’s parents, she is, sometimes, left in his care.

However, unknown to the family, he has been abusing the minor secretly.

Narrating what led to his arrest, the source said: “The mother was searching for the child and she was told she is with him. So she relaxed. Only for her child to come back into the house crying that her private part hurts.

When the mother checked she found blood and cream. That was when she started questioning the child and raised alarm.”

Isaac was subsequently handed over to the police after he was disciplined by some Army Officers who were in the area supervising road construction.