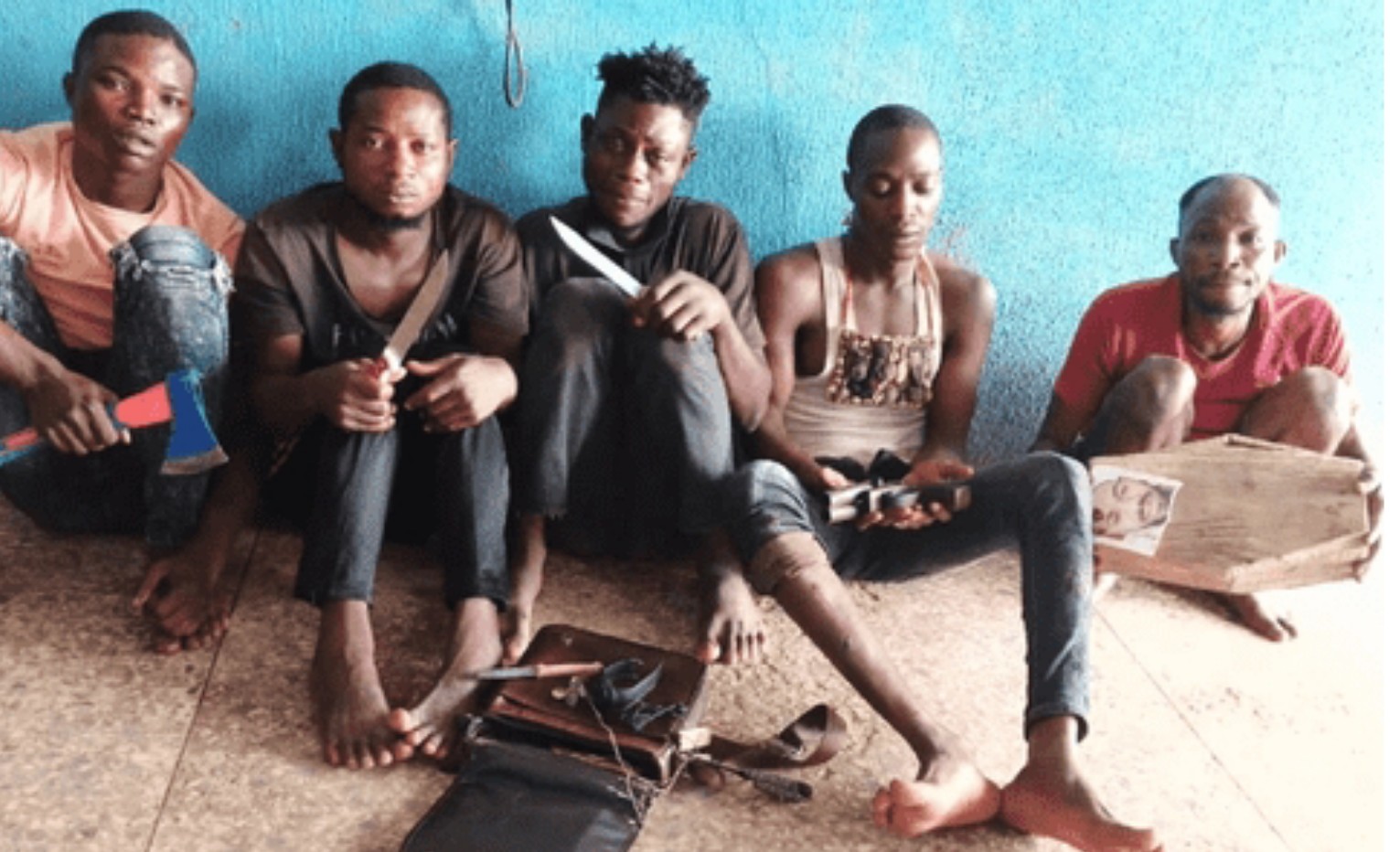 Operatives of the Ogun State Command of the Nigeria Police have arrested five armed robbery suspects terrorizing Osiele and its environs in Ogun State.

A statement by the command spokesman, DSP Abimbola Oyeyemi and made available to newsmen in Abeokuta, stated that the suspects were arrested in the early hour of 24th of July 2020 by operatives of Special Anti-robbery Squad SARS.

The suspects, according to Oyeyemi include, Dayo Ajala, (a.k.a Otege), Ismaila Badmus (a.k.a Obasanjo), Joseph Sunday (a.k.a J.J), Chuckwuemeka Paul (a.k.a Ejima) and Okikiola Adeshina, who is a herbalist, were arrested following information received by the SARS operatives about their hideout in Odeda area.

“Upon the information, the O/C SARS, CSP Tijani Muhammed led his men to the area and cordoned off the hideout, at the end of the operation, four members of the gang were apprehended; their arrest led to the arrest of their herbalist who they claimed is their godfather that used to fortify them spiritually whenever they are going out for operation and also used to initiate a new member into their fold.”

Oyeyemi listed items recovered from them include one double-barrel locally made short gun, one battle axe, two knives and assorted dangerous charms.

He added that the State Commissioner of Police, CP Edward Ajogun has ordered a full-scale investigation into the activities of the suspects with the view to prosecuting them diligently.