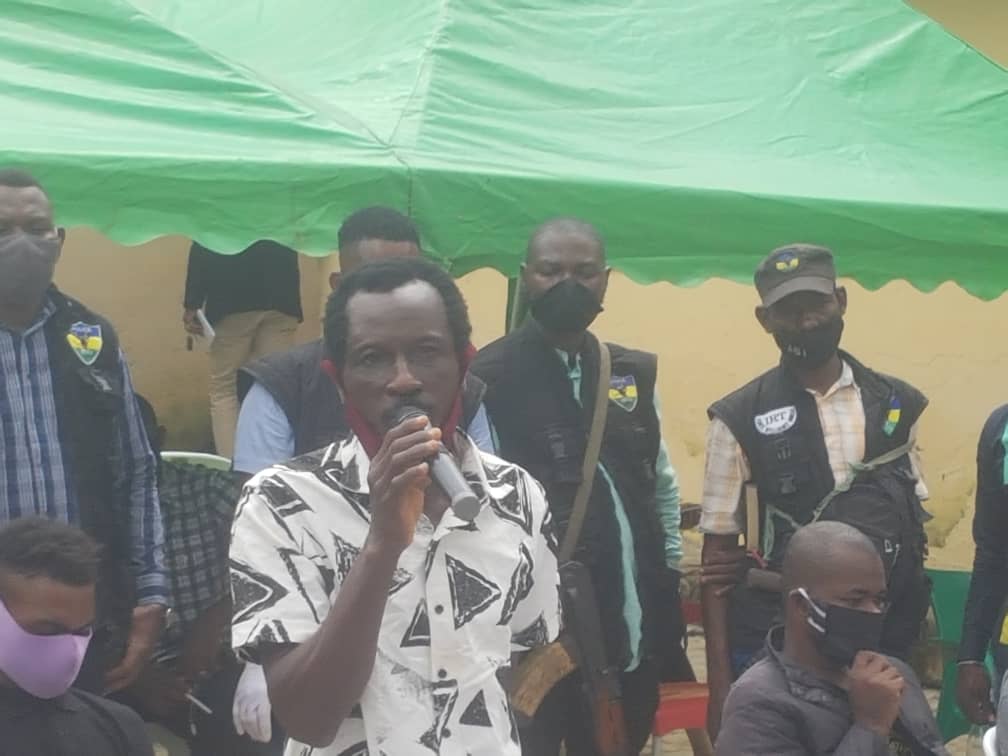 A 52-year old pastor, Adetokunbo Adenokpo, has been arrested for allegedly abducting a dispatch rider and detaining him in an underground facility in his church in Sagamu, Lagos.

Parading the suspect before newsmen today July 29, the spokesperson of the Nigeria Police Force, DCP Frank Mba, said the pastor who is the General Overseer of the Newlife Church of God in Sagamu, Ogun state, during interrogation, said he ventured into kidnapping so he could raise money for his charity works.

Nemesis caught up with him after he and members of his gang abducted a dispatch rider, Job Ekpe Jonathan, who had come to his church to deliver some products.

Mba said the victim had arrived at the suspect’s church to deliver some products and was held hostage by the pastor and his gang members. The pastor injected Jonathan with anesthesia to weaken him so they could tie him up easily.

“In my church we do charity, where I share food and palliative to people and this became stronger during the COVID-19. I felt pity for people and I don’t have any money in my account and people still come to me for help.

A few weeks ago we were short of funds. So I had the idea of doing something for Ileya so I can get some bags of rice and beans and palm oil and other things to share, and probably with a ram, which we can cut and give to poor people and we thought we should get money from the rich companies and then raise money and use it to take care of poor people.

The three of us were involved in the kidnap of Jonathan with the hope of raising funds for the Ileya. I injected him because he was struggling I did not want him to be injured”