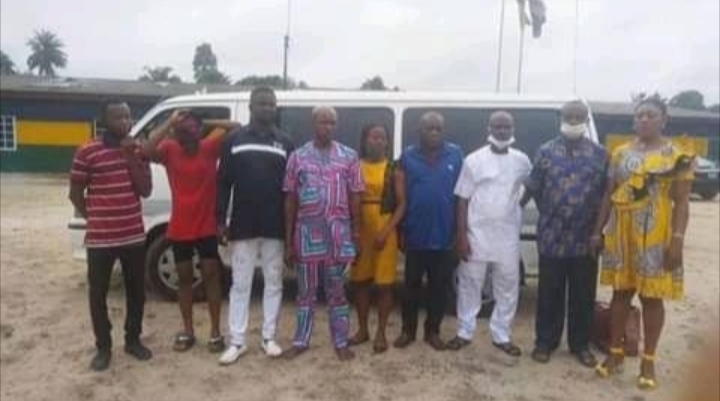 Three armed robbers have been shot dead by men of Anti-Robbery Squad of the Okehi Division of Rivers Police Command on Sunday, August 2.

The armed robbers were killed by the police during a response to a distress call that some passengers in buses were being robbed at Okehi/Igbodo Express Road in Etche, Etche local government area of the State.

Speaking on the incident, the Police Public Relations Officer in the state, Nnamdi Omoni said the robbers were raiding travelers along the road.

The police immediately swung into action, arrived at the scene, and engaged the robbers in a shootout. Three of the robbers sustained fatal injuries which resulted in serious bleeding and they died before they could receive medical attention, while others escaped into the bush with bullet wounds, he added.

The PPRO further stated that nine passengers on board an 18- seater Hiace bus, were rescued unhurt and were able to continue their journey.

Omoni said one locally made single barrel gun and rounds of live cartridges belonging to the robbers were recovered at the scene.

He said the command has launched a manhunt for fleeing members of the gang.