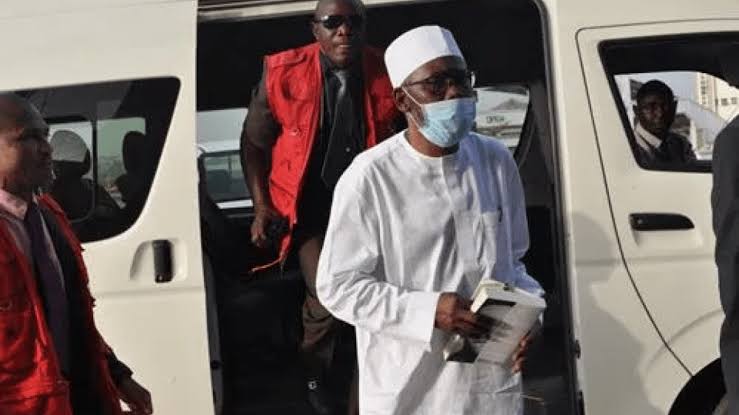 The Federal Government on Tuesday re-arraigned former Attorney General of the Federation (AGF) and Minister of Justice, Mohammed Bello Adoke (SAN) before the Federal High Court, sitting in Abuja over alleged corruption and fraud charges of over N4 billion.

The former AGF was re-arraigned alongside an oil magnate, Alhaji Aliyu Abubakar on a 14-count amended criminal charge bordering on money laundering.

Adoke and his co-defendant pleaded not guilty to the charges preferred against them by the Federal Government.

In the amended charge, Adoke was accused of collecting the sum of N300 million from Alhaji Abubakar as alleged proceeds of unlawful activities in 2013.

In the same year, he was also said to have allegedly collected another sum of $2.2 million from one Rislanudeen Muhammed.

The former Chief Law Officer was also accused of disguising a sum of N300 million, being proceeds of unlawful activities he accepted from the second defendant.

The Federal Government also alleged that Adoke illegally paid the sum of N50 million in 13 tranches and another N80 million in 22 tranches into his personal account with Unity Bank in contravention of the financial regulations of the country.

In another count, Adoke was said to have paid the sum of N367 million into his Unity Bank account with the number, 0020153263 also in contravention of the financial regulations.

Adoke was further accused of disguising the sources of the amounts deposited in his Unity Bank, an act contrary to the financial law.

On the other hand, the second defendant, Alhaji Abubakar, was said to have in September 2013 received a cash payment of $2 million and another $4 million from one Abdulkareem Mustapha while between September and October same year he was alleged to have collected another sum $84.7 million.

In another count, the second defendant was accused of receiving $3 million and concealing the source of same.

The Federal Government also accused the oil magnate of receiving $12 million being proceeds of an alleged unlawful act.

Abubakar was also alleged to have made the sum of N300 million cash payment to Adoke in contravention of the Money Laundering Prohibition Act, 2011.

Following the not guilty plea by Adile and his codefendant, the trial judge, Justice Inyang Ekwo adopted the previous bail granted them and ordered the expeditious trial and fixed August 11, 12 and 13 for hearing.