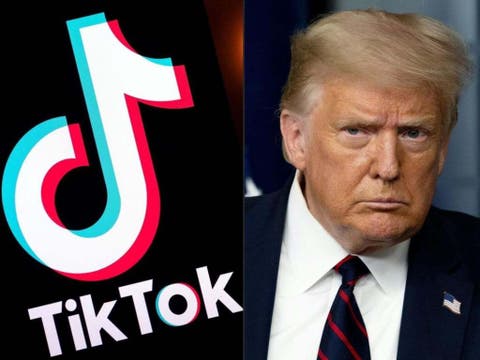 US President Donald Trump on Thursday ordered that a ban on interacting with popular social media platform TikTok or its Chinese parent company take effect in 45 days.

“The United States must take aggressive action against the owners of TikTok to protect our national security,” Trump said in an executive order.

After taking effect, the order will bar “any transaction by any person, or with respect to any property, subject to the jurisdiction of the United States, with ByteDance Ltd” or any company in which it has an interest.

China-based ByteDance owns TikTok, which has its US headquarters in Southern California. Trump’s order contended the step is needed to “deal with the national emergency with respect to the information and communications technology and services supply chain.”

The TikTok mobile application has been downloaded some 175 million times in the US and more than a billion times around the world, according to the order.

“TikTok automatically captures vast swaths of information from its users, including Internet and other network activity information such as location data and browsing and search histories,” the order contended.

Data from TikTok could potentially be used by China to track the locations of federal employees and contractors, build dossiers on people for blackmail, and conduct corporate espionage, the order speculated.

The Department of Homeland Security, Transportation Security Administration, and the United States Armed Forces have already banned the use of TikTok on federal government phones, according to Trump’s order.

“The United States must take aggressive action against the owners of TikTok to protect our national security,” the order read. Trump, who has locked horns with China on a range of issues including trade and the coronavirus pandemic, has set a deadline of mid-September for TikTok to be acquired by a US firm or be banned in the United States.

Microsoft has expanded its talks on TikTok to a potential deal that would include buying the global operations of the fast-growing video-sharing app, the Financial Times reported Thursday.

Microsoft declined to comment on the report, after previously disclosing it was considering a deal for TikTok operations in the US, Canada, Australia and New Zealand.