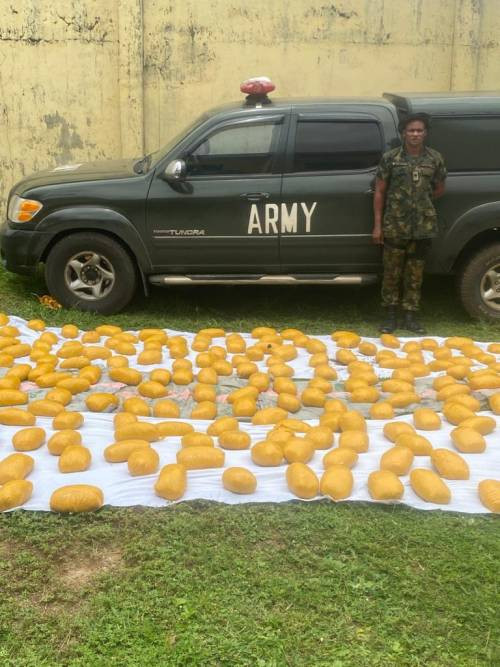 The fake army major, identified as Fabian Ojumah from Ndokwa-West LGA of Delta State was nabbed by the police for his alleged involvement in the sale of Indian Hemp.

The suspect, Fabian Ojumah was allegedly arrested during the week while riding a fake military van with plate number NA142-B01 in Sapele and with 420 packs of compressed weeds suspected to be Indian Hemp.

When he was interrogated, Fabian who claimed to have grown up in a military barracks, said he has been in the business of selling Indian hemp since 2014. He also told the police that he bought the Army plate number from a serving personnel.

He added that the Army uniform he wore was bought at Mammy market within the barracks.The state police command says Fabian will be arraigned in court as soon as investigation is concluded.