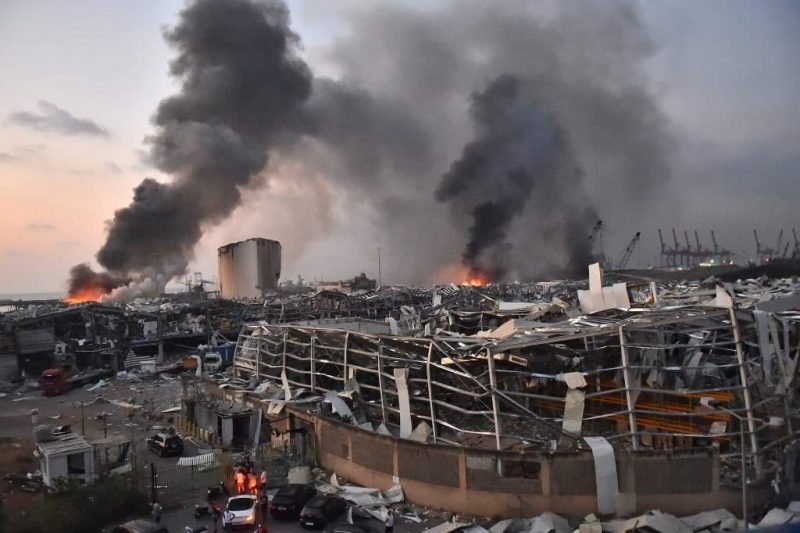 A Beirut judge has ordered the detention of the director of Lebanese customs and a port director, after the massive blast which ripped through the capital city’s port.

According to a report by the Lebanese National News agency,16 people were already detained in connection with the blast.

Tuesday’s explosion killed 154 people and injured more than 4,000, according to the Health Ministry, with many still missing.

Lebanese customs boss Badri Daher, his predecessor, Shafik Merhi, and port director Hassan Kuraitim will reportedly be kept in detention as long as investigations into the disaster continue.

Rescue workers have struggled to remove large chunks of debris in the search for survivors and victims.

“Due to the massive damage we are seeing, we have doubts there are survivors, but we still have hope,” one rescue worker told dpa.

The Lebanese Red Cross believes there are still 100 people missing, most of whom were working at the port.

“We are doing our best as we hope to find people alive and trapped, but all we have found so far are unrecognisable remains,” said a rescue worker who said he had been working non-stop for the past 48 hours.

A DPA photographer who managed to enter the area described the scene as “catastrophic.”

“For the most part, nothing is left to see of Beirut port,” he said.

Hundreds of damaged cars, containers and buildings were flattened by the massive blast.

Georgia Pfleiderer, a media officer from the German technical relief organisation THW, told DPA that “the damage is immense. The buildings … are all in ruins.”

Cranes and bulldozers on Friday were attempting to move away large pieces of debris from the hangar that is believed to have housed the 2,750 tons of ammonium nitrate that blew up on Tuesday.

The dangerous material had been stored there for years.

A Health Ministry official said the toll could rise further as many of those injured were in intensive care.

Some 5,000 people were injured in the explosion.

The blast forced more than 250,000 out of their damaged homes.

Angry residents, including relatives of people who are still missing at the port, stood at the site shouting: “This government is a failure!”

“The blast took place on Tuesday, and they are still working slowly.

“If people were alive and trapped under the rubble they are dead by now,” one protester said.

President Michel Aoun vowed that the government would find out what caused the blast and that “the investigation will include direct officials.”

Aoun pointed out that the incident could have been caused “by negligence or external interference by a missile or bomb.”

“Hezbollah is in charge of the port and the warehouse where ammonium nitrate was stored and nothing enters and exits the port or airport without them knowing,” he said.

“I declare and categorically deny that there is anything for us in the port: no arms warehouse, no rocket, no gun, no bomb, no bullet, no nitrate,” Nasrallah said in a televised address.

READ  A Health Center in Ohaji/Egbema, Imo state is in a pathetic state (Photos)

“Absolutely, (there is) nothing at present, the past or in the future. Investigations will prove it,” he added.

“Some are seeking to tell the Lebanese that Hezbollah is to blame (for the port blast).

“This is a false accusation,” Nasrallah said.

The massive explosion destroyed the homes of between 80,000 and 100,000 children, according to a preliminary estimate by the UN Children’s Fund (UNICEF).

More than 120 schools in Beirut were damaged and need to be repaired quickly before the start of the new school year, UNICEF spokeswoman Marixie Mercado told a press conference in Geneva.

“The (humanitarian) needs are immediate and they are huge,” she said.

World Food Programme (WFP) spokeswoman Elizabeth Byrs warned that the explosion in Beirut’s harbour could further limit food supplies and increase retail prices in a country that is already suffering from an economic crisis, as well as the effects of the COVID-19 pandemic.