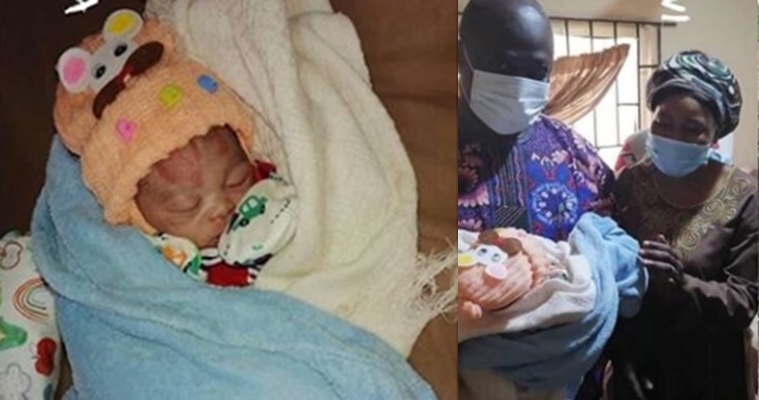 A newly born baby who was found in a soakaway by some little children has been rescued.

At around 3:40pm on Saturday 8th, August 2020, an abandoned newborn baby boy was seen inside a soakaway in Olori, Ifo LGA, Ogun State, by some little children playing outside.

The children alerted the elders and this led to the rescue of the innocent baby. The chairman of the local government, Hon. Fola Salami was thereafter informed and he was rushed to one of the Health Care Centres in the area where he was stabilized.

In related development, a 30 year old woman identified as Risikat Olabintan was arrested last year by the men of the Nigerian police force, Ogun state command for throwing her new born baby into a pit in the state.

It was gathered that Olabintan, a resident of Ibukun Oluwapo Community Ishaga Surulere in Owode-Yewa threw her son into the pit shortly after birthing him on Sunday morning.

Fortunately, children who were playing later that day heard a baby’s cries from the pit located at the back of the compound and raised alarm. When apprehended Risikat said;

” I already have five children that I am struggling to cater for. My husband abandoned me with them. So, I did not need the sixth child and that was why I dumped him inside the soak-away as soon as I had him.”