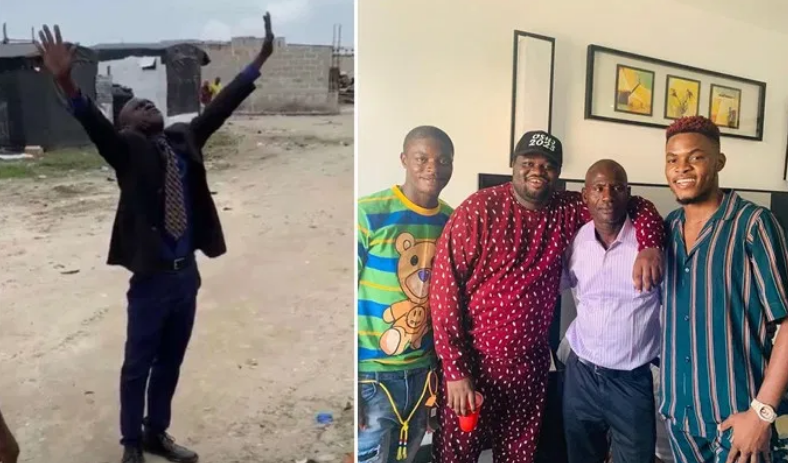 A Nigerian pastor who went viral after being seen in a footage, laying curses on a man who called him a beggar has received a house gift.

The pastor who over heard a man call him a beggar while he was preaching on the road, got angry and said he will suffer for 600 years in this life.

After the video went viral, Nigerians began to trace the identity of the pastor, with some people stretching out their helping hand to him.

Comedian Dikeh who disclosed the good news on his Instagram page wrote;

“God is the greatest, Big Thanks To @prolifick5 for getting Prophet_600_years a house, I can’t even believe, but I just want to thank God and everyone who has partook in making this mans life better, May God bless you all” According to the clergyman in a few minutes video now viral on the social media, dating is unbiblical and should not be encouraged in the Christiandom, noting that it does not reveal the character of the opposite sex as pictured and understood by many.

READ  Kenyan Prophet Who Said The World Was Going To End April 12th, Says He Begged God To Postpone
Share this Post[?]