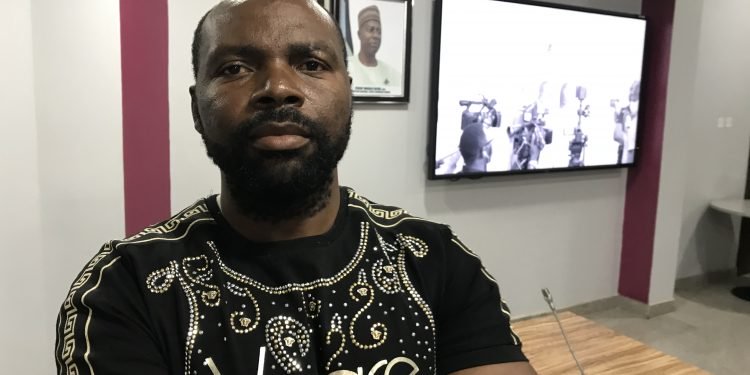 The Department of State Services (DSS) has arrested a 42-year-old man, Mohammed Prince Momoh, for allegedly posing as an aide to the Chief of Staff to the President, Ibrahim Gambari, in order to defraud one Benson Agiobu of $50,000.

While parading the suspect on Tuesday, DSS spokesman, Peter Afunanya said Momoh attempted to defraud Agiobu, claiming he and his group represented Gambari, and needed the money to help Agiobu land a Special Adviser to the President on Oil and Gas position.

Afunanya said the suspect had approached Agiobu telling him he was a security aide attached to Gambari, and claiming that $25,000 of the money would go to the Chief of Staff, while the rest would go to the ”boys” who would help secure the appointment.

The DSS spokesman said Momoh had briefly worked as an aide to someone in the Presidential Villa and had some knowledge of the workings of the environment.

When Momoh and his team visited Agiobu in his house in Abuja to collect the money, Afunanya said Agiobu suspected they were fraudulent and alerted authorities leading to a sting operation and arrest of Momoh and his group.

Confirming his involvement while being paraded, Prince Momoh said:

“I am 42-years-old, married to one wife and had two children. The allegation the Service made against me is very unfortunate but true.

“I collected the CV of a young man from Bayelsa State to help him submit and offer him an appointment. I worked in the Villa in 2013 – 2014 with the previous government. This is the first time I am involving myself in such.”

The DSS spokesman said Momoh would face the full weight of the law. He advised Nigerians who use social media to be mindful of the kind of information they drop in their space, as there are always criminal elements harvesting information to use and defraud unsuspecting people.