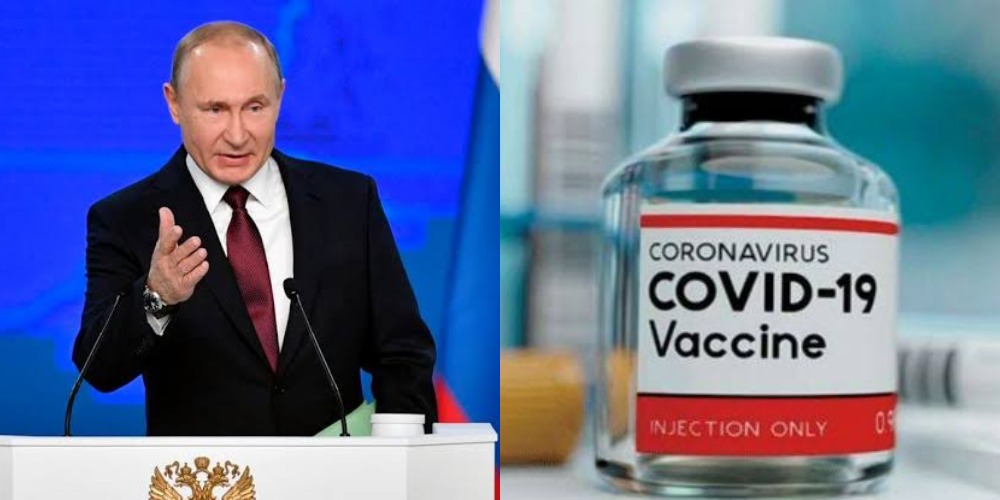 Russian President, Vladimir Putin has announced the approval of a controversial Covid-19 vaccine for widespread use, revealing that a dose was administered to one of his own daughters.

During the announcement on Tuesday, Putin claimed that Russian scientists have become the first to achieve a breakthrough in the global vaccine race.

The announcement came after less than two months of human testing, sparking concerns that Russia is putting national prestige before sound science and safety.

Scientists say the rush to start using the vaccine before Phase 3 trials – which usually last for months and involve thousands of people – could backfire.

But Mr Putin said the vaccine has undergone the necessary tests and has proven efficient, and offers a lasting immunity from COVID-19, paving the way for the mass inoculation of the Russian population.

Speaking at a cabinet meeting earlier today, Putin is reported as saying:

“As far as I know, this morning for the first time in the world a vaccine against the novel coronavirus infection was registered.

“I know that it works rather effectively, forms a stable immunity, and, I repeat, it passed all the necessary inspections. The most important thing is to ensure full safety of using the vaccine and its efficiency.”

The Russian President explained that his daughter had a temperature of 38C on the day of the first vaccine, but it dropped to just over 37C the next day.

He said she had a slight increase in temperature following the second dose of the vaccine, but is now “feeling well and has a high number of antibodies”.

Mr Putin added that the vaccine will be marketed under the name “Sputnik V” on foreign markets. The name ‘Sputnik V’ is a reference to the first orbital satellite, which was launched by the Soviet Union in 1957 and set off the global space race.

The name also evoked how Putin’s government has seen the vaccine race as a point of national pride and competition on a global scale, with labs in the United States, Europe, China and elsewhere are also in the hunt for a potential vaccine.

Officials have pledged to vaccinate millions of people, including teachers and front-line health-care workers this month — before even finishing clinical trials — with the formula developed by the Gamaleya Institute in Moscow.

The vaccine is also expected to be produced in Brazil and clinical trials are expected to start soon in the United Arab Emirates and the Philippines.

Mr Putin who emphasised that the vaccination will be voluntary, revealed that large-scale production of the vaccine is expected to start in September, and mass vaccination may begin as early as October.

Both domestic and international experts have expressed doubts at Putin’s claim, noting that Phase 3 trials are normally considered an essential step before a vaccine to receive regulatory approval.

KanyiDaily recalls that Nigerian universities scientists under the aegis of COVID-19 Research Group, had also announced the discovery and production of a vaccine for the prevention of coronavirus.

The research group leader said the vaccine was being developed locally in Africa for Africans, but it would also work for other continent when unveiled.