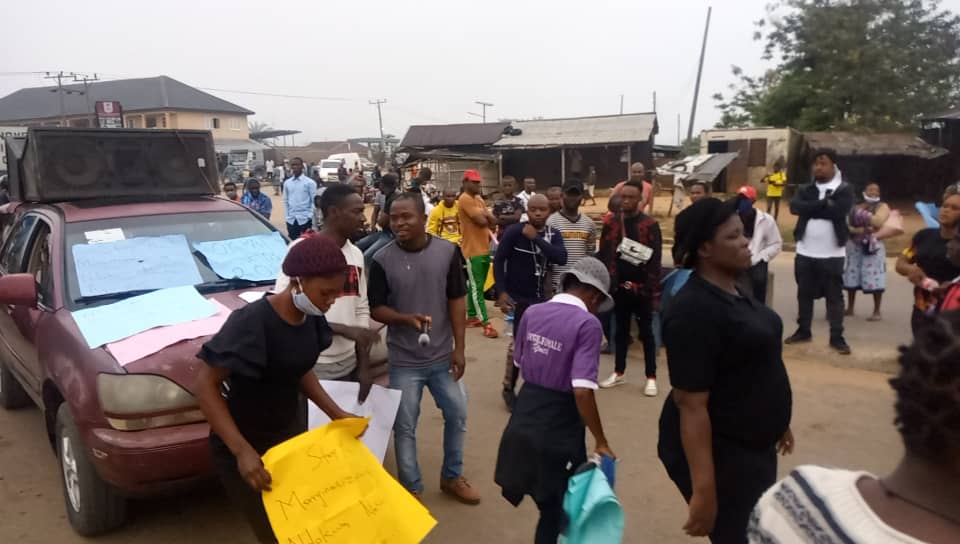 Youths from Ndokwa East local government area of Delta state have blocked the ever busy Federal Government-owned Kwale/Asaba expressway in the area in protest over alleged neglect despite being an oil producing state.

The youths armed with placards of different inscriptions blamed the Okowa administration and the Buhari led government for turning deaf ears despite the two weeks ultimatum given.

They complained among other things that the federal government was serving other parts of the country with electricity drawn from Okpai Power Station in Ndokwa land, while the people were left in darkness.

They promised to intensify the protest on a daily basis until their demands are met by the state and federal government.

In another report, Yusuf Bichi, the Director General of the Department of State Services (DSS) has appealed to Nigerians to desist from celebrating death of security operatives killed in frontline battle by insurgents.