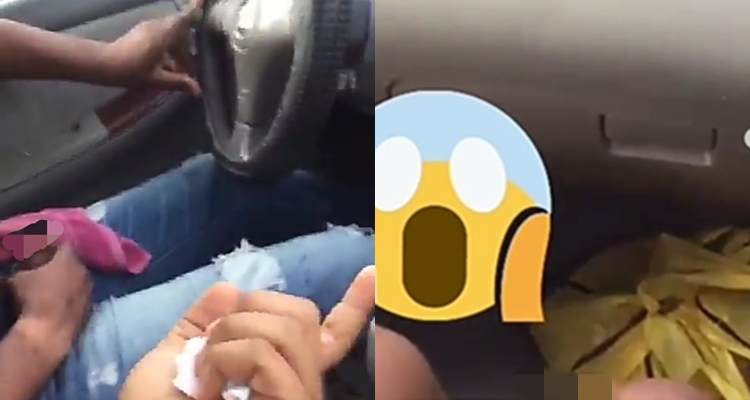 A shocking video shows the moment a taxi driver brought out his male member and began stroking it while he was driving a female passenger in Abuja.

She said, ” dont do that, dont …dont …dont do that, you have been touching me since and now you are trying to jerk off in my front..what is all this?”

The faceless sex pest cab driver could be heard saying, “baby i am sorry”.

The driver who works with a ride hailing app in Abuja, started by touching her during the ride then later brought out his penis and started stroking himself.

The woman revealed the man’s name as Jude, she exposed the incidence by secretly filming him unknown to the cab driver.

In a video she shared, the man is seen holding his naked penis while driving.