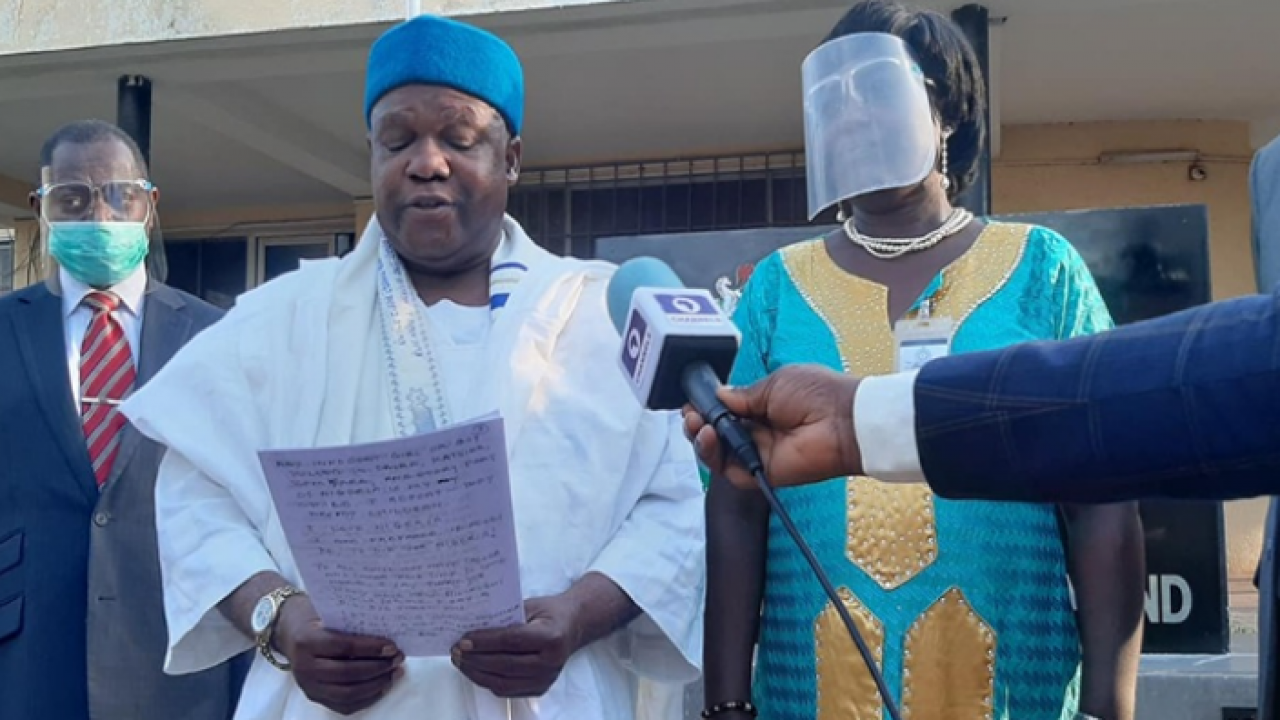 The Presidential election Candidate of African Democratic Congress in the 2019 general elections, Obadiah Mailafia, has revealed that he got his information on a Northern Governor been the commander of Boko Haram from traders he met in a local market.

The former Deputy Governor of the Central Bank of Nigeria who recently accused a northern governor of been the leader of the terrorist group said the information was revealed following his discussion with some Fulani traders he met in his village market, where he went to buy fonio (acha).

Obadiah pleaded with all those who were offended by his statements, saying they were not targeted at anyone. He also said they were not aimed at causing trouble.

Recall that the Department of State Security (DSS) in Plateau State on Wednesday grilled Mailafia for six hours after which he was allowed to go home following his allegations.

Obadiah during an interview with BBC Hausa said he had agreed to an online radio interview with people who were unknown to him from Lagos, but did not know that they were recording it.

“I thought it was for a local FM radio in Lagos,” he said.

He said even though he did not intend for his comments to go viral, he cannot deny making them, adding that he was a fan of President Muhammadu Buhari and was passionate about northern Nigeria and the people who have suffered the consequences of the killings.

Speaking on what transpired between him and the DSS when he was invited to their office in Jos, the former CBN deputy governor said, “when they invited me they told me they had seen a video clip in which I said I was against the killings of innocent people and that I met with some people who told me that when they are done with the villages, they will move to the cities and go after big personalities in their homes and lead to war in the country. That was what I heard and I repeated it.”

He said during the interrogation, the security agents accorded him with the utmost respect.

“They did their job as they should and I cooperated with them. I gave them the necessary information at my disposal and I cannot lie about what I do not know, so I told them to pardon me because I cannot say what I don’t know. It was not my intention for my words to go viral but since it has gone viral, I cannot say I did not make that comment,” he said.

Obadiah when asked to speak more on the allegation of a northern governor being a commander of Boko Haram, he said he had already spoken to the DSS and would not want to create tension.

“What I can tell you is that I am a fan of President Muhammadu Buhari and the president is doing his utmost best but there are some wicked people around him who do not give him the right advice.”

“I am not a troublesome person, my name is Mailafia (peace lover), I said what I said because of my sympathy for the people, my love for northern Nigeria. They are those who have been accusing me of not being a northern patriot but the killings are more in northern Nigeria.”