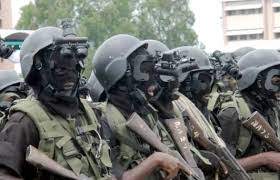 The military has deployed Special Operations Forces to curb the recent attacks and isolated killings in the southern part of Kaduna State.

He said: “Particularly, Special Operations Forces have been deployed to the Joint Operations Area covering the various flash points. This move is expected to achieve the desired result with the provision of credible and actionable intelligence specifically from primary sources.

“In this regard, the locals are requested to cooperate with the security agencies by availing them with the required information that will be useful to our collective objective of taking out the criminals from the area.”

He noted that troops of Operation Hadarin Daji had continued aggressive clearance operations in the entire North West.

“For the past one month, we have witnessed downward trend in the activities of armed bandits and cattle rustlers in the general areas of Katsina, Kebbi, Zamfara, Sokoto and adjoining states. Most of these criminal elements have been decimated.

“Gradually, there is restoration of human activities in the zone. Farmers have returned to their farms while other economic activities have picked up across the zone,” Enenche added.

In the same vein, troops of Operation Sahel Sanity have killed a bandit and recovered several stolen cows in Zanfarawa-Kangara village, Batsari Council of Katsina State.

Also, the troops arrested one Saifullahi Adamu, a suspected bandits’ informant, and rescued a lady who was allegedly forced into marrying him.

According to Onyeuko, the bandits had stolen several cows and almost succeeded in escaping with the animals when the troops arrived the community and engaged them in gunfire exchange.

He added that some of the bandits escaped with gunshot wounds while the rustled animals were recovered and handed over to their rightful owners.