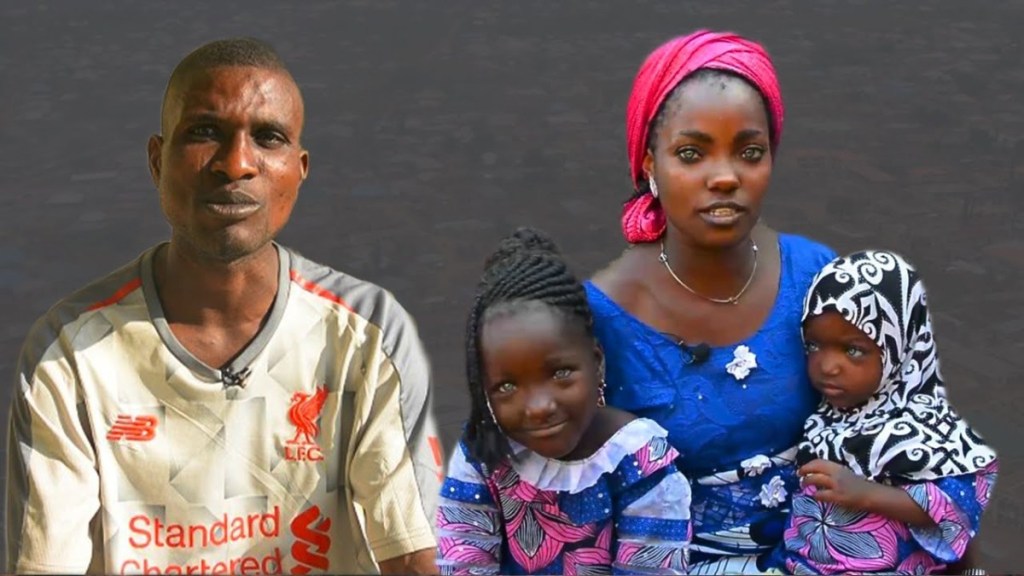 Kwara state first lady, Dr. Olufolake Abdulrazaq, earlier Thursday morning revealed that Risikat Azeez, the Kwara woman who went viral because of her and her daughters’ blue eyes, has asked to be reunited with her husband, Wasiu Omo-Dada.

Mrs Abdulrasaq who was one of the first to offer a helping hand to the Risikat and her children, disclosed this in an interview with TVC this morning.

“A lot of people have come on board, not just myself. I think the whole of Kwara is very happy with the story and with how things are turning out for Riskat and her children. I know you are probably aware that her husband has also come out now and he has come to our office and we have had a conversation with him and Risikat herself has said she wants to be reunited with him.” the first lady said

Riskiat went viral earlier this month after a Twitter user shared her story on social media — Risikat in an interview, said her husband walked out on her and their daughters because of their blue-eyes.

The husband however granted an interview about two days ago where he denied abandoning them because of the color of their eyes.

He said he loves his wife and children and that he had no problem with the color of her eyes. According to him, things turned sour in their marriage after Risikat became “wayward” and wasn’t “submissive” to him.