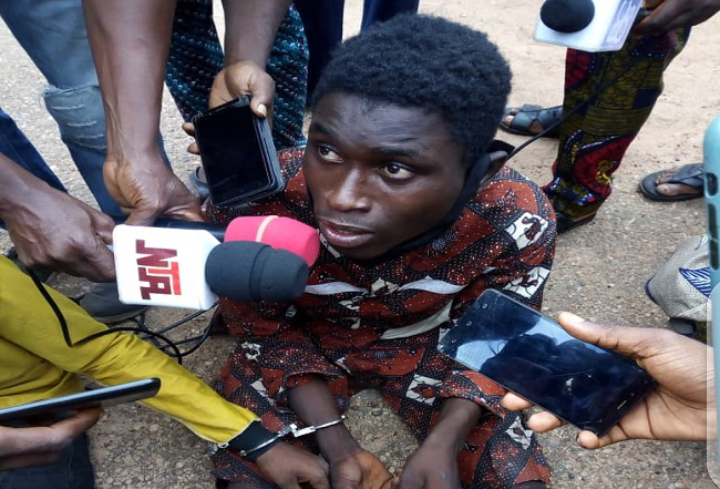 A month after a prime suspect arrested in connection with the killings in Akinyele Local Government Area of Oyo State, Sunday Shodipe (19), confessed about how he carried out the killings and the amount he was paid after each operation, the serial killer who had killed no fewer than six persons for ritual purposes in different communities in Ibadan has allegedly escaped from police custody.

Protesting the return of ritual killings to the local government and the alleged escape of Sunday Sodipe, angry youths were said to have pelted some policemen that attempted to go to Akinyele town with stones, and made it difficult for the police to access the crime scene where a middle-aged woman, simply identified as Olufunmilayo, was hacked to death by suspected ritual killers on Thursday afternoon.

The Police Public Relations Officer in the state, Olugbenga Fadeyi confirmed the death of the woman on Thursday, saying the police have begun investigation on it. But he could not confirm the allegation that Sunday Sodipe escaped from police custody.

The protesters argued that nobody was safe any longer in the local government, and alleged that the police might have collected bribe from the powers that be to free Sunday Sodipe without taking him to court, adding that the principal suspect allegedly escaped when police wanted to give him food. They alleged further that the development had shown that some very powerful people must have been supporting the ritual killings in the local government area.

Watch the confession of the serial killer before his escape below;