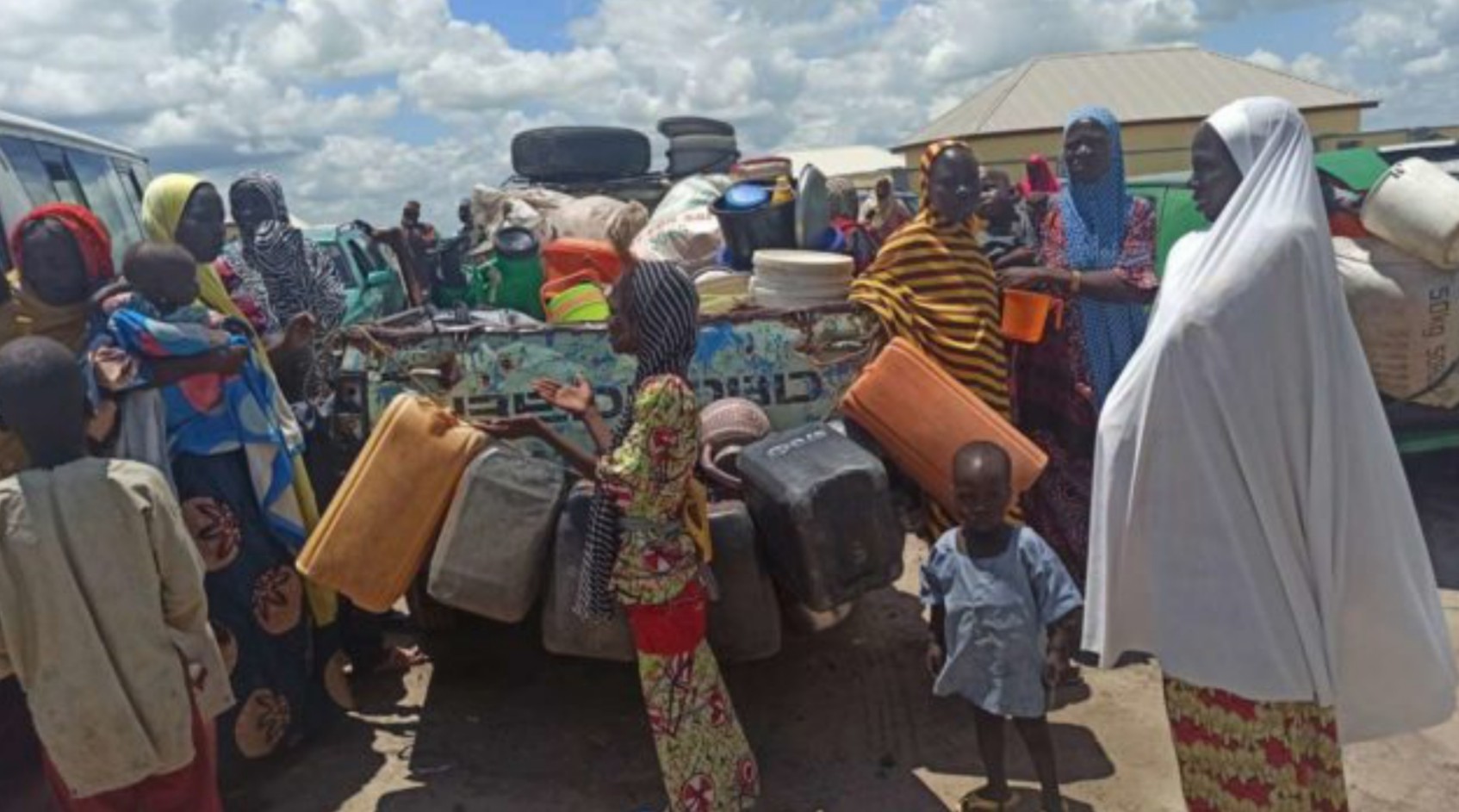 Borno State Government, says it has resettled 2,800 displaced persons at Ajiri community in Mafa Local Government Area of the state.

The displaced families fled their homes and took refuge in Maiduguri, after the Boko Haram insurgents’ sacked the community in the past five years.

Mustapha Gubio, the Commissioner for Rehabilitation, Reconstruction and Resettlement (RRR), made the disclosure at the presentation of over 500 housing units to the resettled families, on Friday in Mafa, Borno.

Gubio said that the displaced persons, hitherto took refuge at the Customs House Internally Displaced Persons (IDPs) camp in Maiduguri, willingly opted to return to their homes, to enable them resume their normal way of life.

He said that the resettlement process was implemented in accordance with the humanitarian principles due to improved security in the area.

The Commissioner said: “The village was razed in the attack; the state government through the Ministry of RRR, constructed 500 new houses and reinstalled necessary basic amenities to encourage the IDPs to return.”

Gubio said that the Ministry distributed assorted food and relief items to each of the resettled families such as rice; cooking oil, mosquito nets, blankets, textile materials and mattresses.

He added that each of the displaced persons would be supported with N50,000 resettlement package, to enable them engage in meaningful activities.

According to him, the state government has set up a Mega Farms and artificial dam in the settlement, to enable them engage in agricultural activities and become self reliant.

“The state government also deployed a team of Agro Rangers comprising of the Civilian Joint Task Force (CJTF), hunters and Nigerian Security and Civil Defence Corp (NSCDC), to protect them in their farmlands,” he said.

The News Agency of Nigeria (NAN) reports that there was euphoria in the settlement as thousands of men, women and children return to their ancestral homes to reunite with their loved ones.

Mala Umara, one of the resettled persons, said he was excited to return home after spending five years in IDPs camp.

Umara lauded the support given to them by the state government, adding that it would go a long way to alleviate their sufferings.

Also, Aisha Modu, a mother of four, expressed joy for reuniting with her sister, Bilkisu, who she met for the first time in many years.

“I did not see my sister for five years, we ran in separate directions during the attack and there was no communication between us. God made it possible for us to survived and reunite again,”she said.