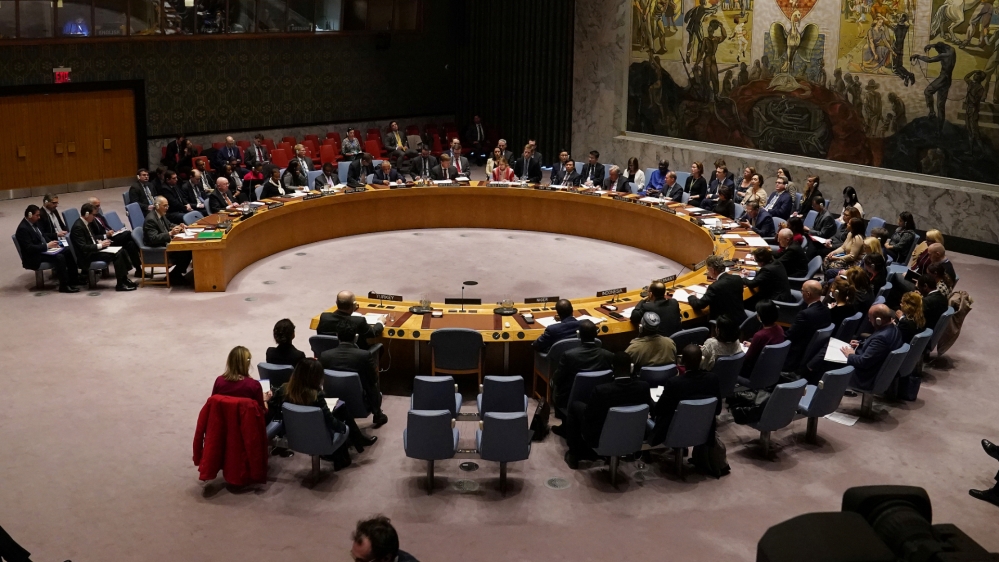 The United Nations Security Council on Friday rejected a proposal by the United States that sought indefinite extension of an arms embargo on Iran.

The Permanent Representative of Indonesia to the UN and President of the council for August, Dian Djani, disclosed this while briefing journalists on the outcome of the council’s meeting on the issue.

Mr Djani said China and Russia, two veto power holders in the 15-member council, voted against the US-sponsored resolution, while 11 countries, including the United Kingdom, France and Germany, abstained.

“Only two countries, the U.S. itself and the Dominican Republic, voted in favour,” he said.

The weapons ban is due to expire in October under the 2015 Iran nuclear deal, formally known as the Joint Comprehensive Plan of Action.

In a statement after the meeting, China’s Permanent Representative to the UN, Zhang Jun, said the result of the voting showed that “unilateralism receives no support and bullying will fail’’.

Germany said it abstained because it was clear from the beginning that the proposal would fail due to opposition from China and Russia.

While noting that it shared concerns about the forthcoming expiration of the ban, it said more time was needed to find a common ground on the issue.

The Permanent Representative of the U.S. to the UN, Kelly Craft, said her country would stop at nothing to extend the arms embargo.

Her Iranian counterpart, Majid Ravanchi, warned the U.S. against any further move for sanctions against his country.

“Imposition of any sanctions or restrictions on Iran by the Security Council will be met severely by Iran and our options are not limited.

READ  My Two Graduate Children Don’t Own A Car, They Must Work For Their Own Wealth — Peter Obi

“And the United States and any entity which may assist it or acquiesce in its illegal behaviour will bear the full responsibility,” Mr Ravanchi said in a statement.

Also reacting, U.S. Secretary of State, Michael Pompeo, described the Security Council’s decision as “inexcusable’’, saying it had failed in its primary responsibility of maintaining international peace and security.

“The United Nations Security Council is charged with the responsibility of maintaining international peace and security. It failed today to uphold its fundamental mission set.

“It rejected a reasonable resolution to extend the 13-year old arms embargo on Iran and paved the way for the world’s leading state sponsor of terrorism to buy and sell conventional weapons without specific UN restrictions in place for the first time in over a decade.

“The Security Council’s failure to act decisively in defense of international peace and security is inexcusable,’’ he said.

In a statement, Russia’s President Vladimir Putin proposed a summit with the U.S. and other parties to the Iran nuclear deal to avoid further “confrontation and escalation” at the United Nations over Iran.