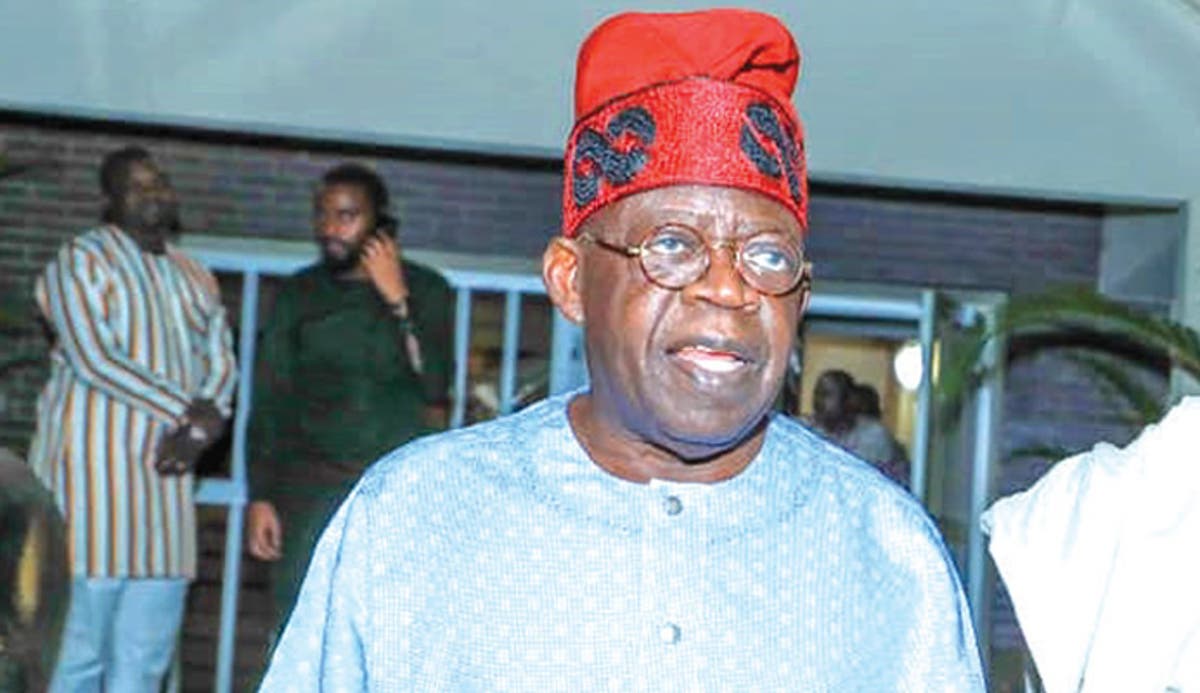 Asiwaju Bola Ahmed Tinubu, national leader of the All Progressives Congress (APC) on Saturday has recounted the immense contribution of former United States Ambassador to Nigeria, Walter Carrington, to the growth of democracy in the country.

In a special tribute to the man he called ‘Citizen of One Nation, Son of Two’ Tinubu said Carrington “openly and unconditionally championed the advent of democratic freedom and constitutional governance in the country.”

The American, who served in Nigeria during the turbulent Abacha years, died last Wednesday aged 90.

Tinubu in the tribute said: “We thank God for giving Nigeria Walter Carrington when He did. Ambassador Carrington came to Nigeria on a diplomatic assignment, but his true mission was even more sublime.

“Walter was both an African and an American. This identity he knew full well, for it shaped who he was and guided what he did.

“The best of both worlds was evident in him. This man may have been the citizen of one country but he was surely the brave and passionate son of two nations.

“Last month, I penned a tribute to Ambassador Carrington as Nigeria joined him in celebrating his 90th birthday. Little did any of us know that we would so soon have to say farewell to this outstanding example of courage amidst humility, of intellect teamed with compassion.

“Walter Carrington was a renowned scholar, author, and astute, innovative diplomat. These things are excellent, but they don’t tell the full picture. He was much more than that.

“He was a proud and noble black man who stood up for his convictions when it would have been easier to simply turn and look the other way.

“As American Ambassador to Nigeria (1993-1997), Carrington lived with us during a troubled and uncertain time. We were in the clutches of an epic battle between democracy and dictatorship, between freedom and oppression, between enlightened progress and authoritarian reaction.

“Carrington could have maintained a diplomatic distance. He could have acted cozily with the Abacha regime. His life would have been less difficult and safer. But he eschewed personal comfort for the higher prize of a greater mission.

“He lent himself to the fight against repressive government. He openly and unconditionally championed the advent of democratic freedom and constitutional governance.

“Without the courage and contributions of Walter Carrington, democracy might not have come when, and as it did. Certainly, more of our democracy activists would have suffered and perhaps lost their lives but for his extraordinary intervention.

“In helping to secure the blossom of democracy, he became a thorn in the side of the regime and of those who simply cannot stand a good democracy or people being free.

“Among the many foreign friends Nigeria has known over the years, Carrington was the most selfless. He was also the foreigner who contributed the most to the end of military rule in our land.

“As such, he acted far beyond the call of duty. He acted as the rare human being he was – the son of two nations.

“Ambassador Carrington was a rare breed. He demonstrated the power and progress that could happen if only Africa and Black America recognised that bond that exists between them. He saw and nurtured it.

“That bond is what led him to do for us as a brother, not just an Ambassador, would do. For this, he was to face danger and attempts against him in Nigeria.

“What many of you did not know is that he was also to pay a price in America. Many did not like the unabashed stand he took as a black man standing up for a black nation. They sought to hurt and impede him professionally.

“He knew this was the danger he would face, yet he marched onward. He knew the path he chose was not the easy one, but it was truly the right one and thus it was the only path a man such as he was bound to take. As such, he was a man of character and high principle.

“Hounded and hunted, Carrington stood undaunted. He refused to do less than what was right for America and for Nigeria.

“We can never forget Ambassador Carrington. To forget him would be a shameless act like forgetting one’s older brother.

“Instead, we honour him. His name shall take its rightful and good place in the annals of this nation. The principled manner in which he lived should be taught into our children.

“We should duly honour this black man who returned to us from across the ocean to prove that neither the passage of time nor great distance can break the familial ties between us.

“We thank Walter Carrington for his love of us, and his special contributions to this country.

“May I offer condolences to his loving wife and our sister, Arese, who was such a wonderful partner to Walter.

“May God give her the solace and comfort that can come only from His hand. May God’s tenderest mercies be with their children and the entire Carrington family over the loss of their father and patriarch.

“We must all honour Walter by honoring the laudable ideals for which he stood. This man became a bridge between Africa and the African-American. Let us continue his legacy by expanding and strengthening that bridge for the benefit of our race.

“Ambassador Carrington has gone to be with God. But before he left, he taught us by example what it means to be pan-Africanist. Now we must follow.