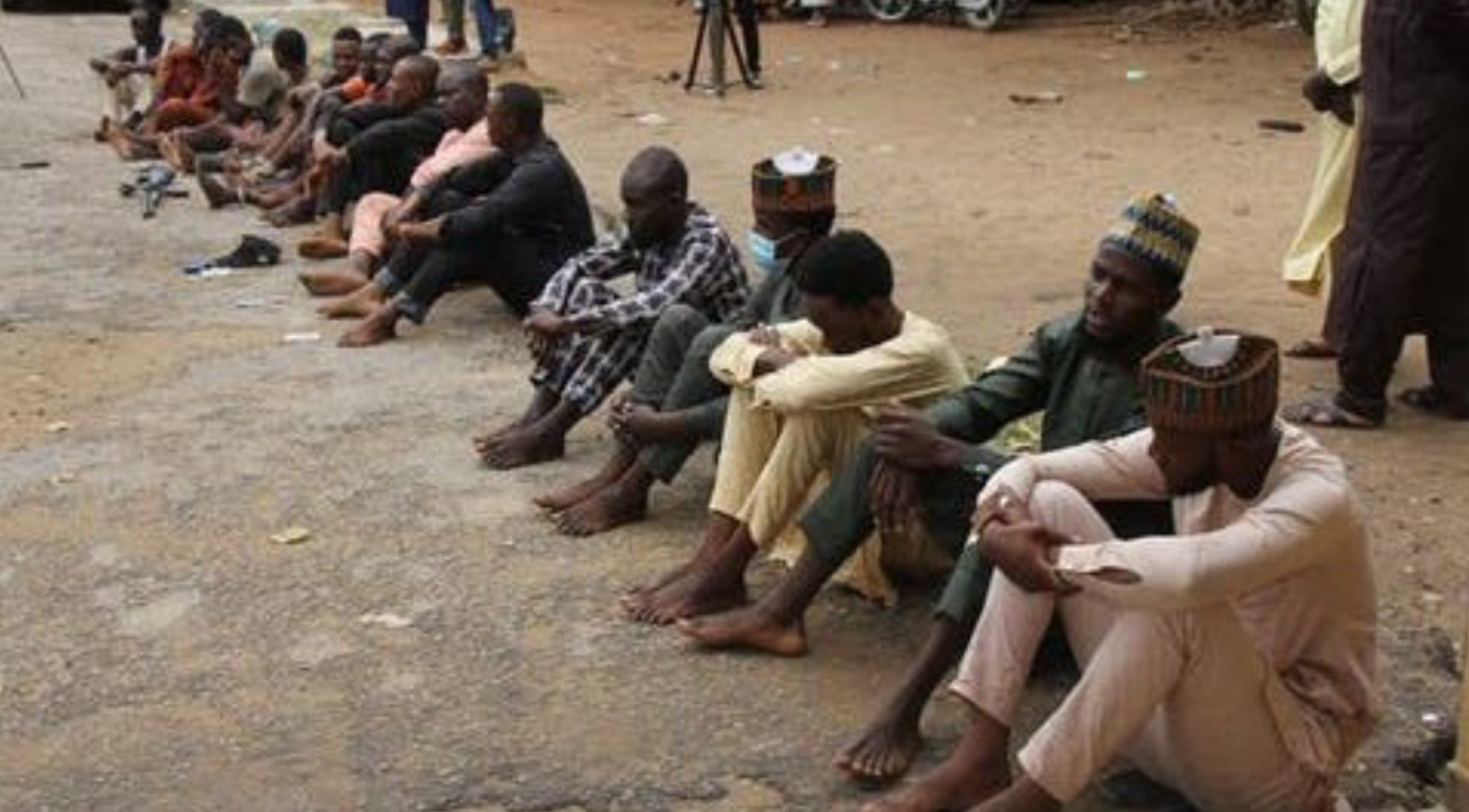 Bauchi State Police Command has arrested a total of 32 suspects in connection with the cases of kidnapping, armed robbery, rape, hard drugs dealing, culpable homicide and other heinous crime including being in possession of locally made prohibited firearms.

The Command also rescued a 6 years child, Mohammed Abubakar Sadiq from his kidnappers who demanded a ransom of the sum of N2.5m before they were arrested by the Police at the point of taking the ransom.

The Police Commissioner, Lawan Tanko Jimeta who briefed Journalists in His office said that the Command also Arrested a crack of cocaine Dealers On the 3rd August 2020 at about 2030hrs.

He explained that reliable information at the disposal of the operatives of State Intelligence Bureau Bauchi led to the arrest of two suspected dealers of crack cocaine namely; Chigozie Oje 32 years of Awala roundabout Bauchi town and Faruk Yakubu 25 years of Wunti Street Bauchi town.

He said that nine grams of the crack cocaine were recovered in their possession while Investigations is in progress to ascertain the number of those involved in the crime.

For Criminal Conspiracy, Forgery, Impersonation and Attempt to Commit an offence of extortion, he said that On the 10/08/2020 at about 0530hrs detective attached to the Command anti-kidnapping unit in collaboration with Estate Police division arrested some suspects parading themselves as Police officers on investigation.

“Moreover, upon investigation, they confessed that they purposely came to Bauchi to extort/ and or defraud one Alhaji Ya’u Shehu B. Karatu saying that those arrested are Sulaiman Idris aged 30 years, Auwal Shehu aged 35 years

READ  How My Four-Year-Old Daughter Was Abducted From School, Sold For N2 Million - Woman Tells Her Story (photos)

Mohammed Ghali Hassan aged 45 years and Mohammed Yunusa who is now at large All of Kano State.

Lawan Jimeta also disclosed that On the 03/08/2020 at about 1300hrs, one Sunday Danbiram Gizaki aged 35 years of Tsohon Kampani, Wuntin Dada Bauchi came to the Police Station and reported that on the 02/08/2020 about 2000hrs, one Aliyu Ishak of Wuntin Dada lured his daughter, one Victoria Caleb aged 15 years of same address to a house located at Wuntin Dada Bauchi and had unlawful carnal knowledge of her.

He said that after she came home, she started complaining of severe stomach pain and he took her to a maternity Hospital, Wuntin Dada and later transferred to ATBU Teaching Hospital Bauchi treated and admitted.

The Police Commissioner said that “However, when detectives visited the victim at the Hospital, Moreover, on the same date about 1040hrs detectives attached to ‘B’ Division traced and arrested the suspected rapist, one Aliyu Ishak who confessed to the crime and Investigation is on-going the suspect will be charged to court.

Meanwhile, the command called on the people of the state to continue exercising their civil responsibility of pointing and giving vital information that may help police in its operations and to rid the state of all forms of crime and criminality.

READ  Three Men Arrested After Breaking Into Shops And Looting At The Alaba International Market (Photos)
Share this Post[?]