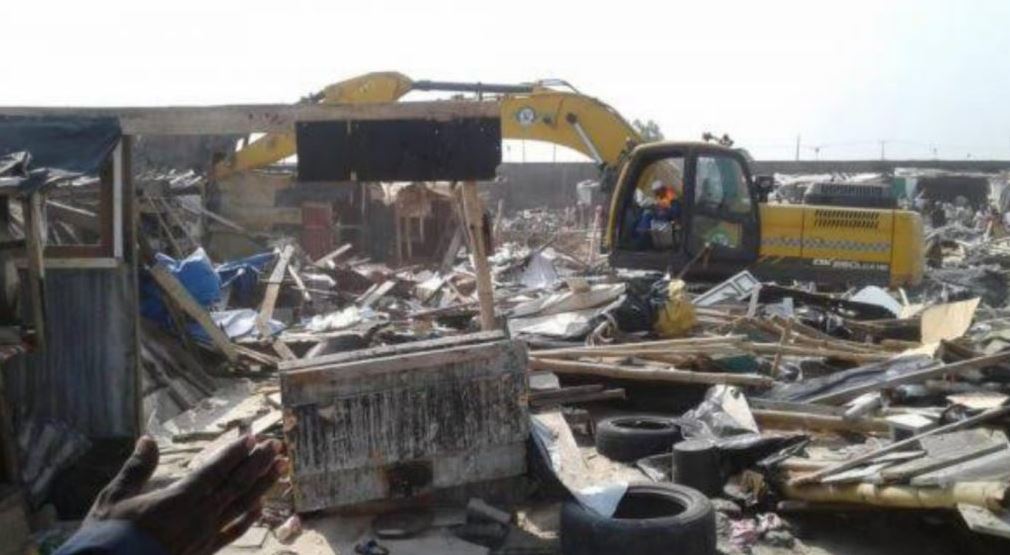 The Lagos State Government said it will soon start demolishing all illegal structures on land within the Lekki Free Zone.

The Lagos State Environmental and Special Offences (Enforcement) Unit (Taskforce) has said it would begin demolition of illegal structures in Lekki area of Lagos on Wednesday.

Chairman of the Lagos State Task Force, CSP Olayinka Egbeyemi disclosed that all illegal structures and shanties encroaching on ‘Idera Land Scheme’, Ibeju Lekki would be demolished on Wednesday, 19th of August, 2020 after the expiration of the 7 days ‘Removal Order’ served by the agency.

Egbeyemi disclosed further that the government had observed with dismay the massive encroachment by individuals, private estate developers and land speculators on lands using them to defraud innocent members of public into purchasing parcels of land within government acquisition areas across the State, particularly around Ibeju-Lekki corridor.

He implored Lagosians who are interested in purchasing lands in the State, to first verify the land records at the State Land Registry or Surveyor General’s Office where millions of land documents are stored in the ‘Electronic Data Management System (EDMS)’ consisting details of documented lands and properties in Lagos in order not to be swindled by land speculators.

“All illegal structures and buildings constructed on State land by person, companies or institutions without valid titles from the Government across the State would be removed,” he added.

The Chairman also warned miscreants, illegal mechanics, food vendors and owners of illegal shanties within Apapa Tin Can Island Park to vacate within seven days as the entire area is set to be redeveloped and given a new look in line with the T.H.E.M.E agenda of Governor Babajide Sanwo-Olu led in transforming the State into a functional and efficient model Mega-City.