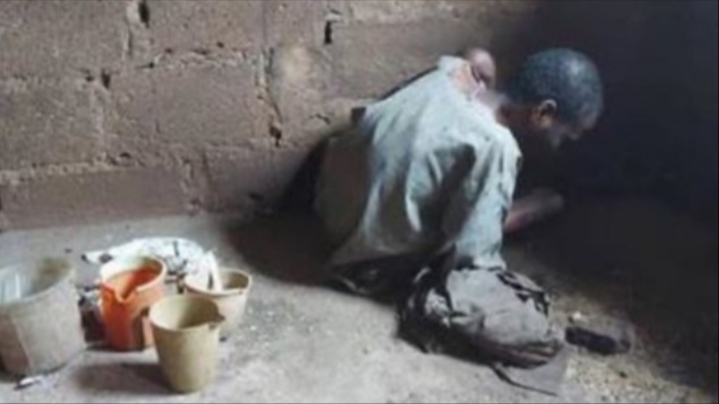 A yet-to-be identified 32-year-old man who was locked up in a room by his father at Sheka neighbourhood in Kano for 15 years has been rescued by the police.

This is coming barely three days after one Aliyu, a resident of Farawa Babban Layi in Mariri Quarters of Kumbotso Local Government Area was rescued by the police after being held in isolation for seven years by his parents.

The victim was allegedly chained and caged for an undisclosed reason by his parents.

The victim reportedly lost his physical strength and was emaciated when he was rescued before he was immediately rushed to Nasarawa Hospital in Kano. READ  My Husband Gave It To Me - Nursing Mother Apprehended With AK47 Rifle In Her Traveling Bag Says
Share this Post[?]