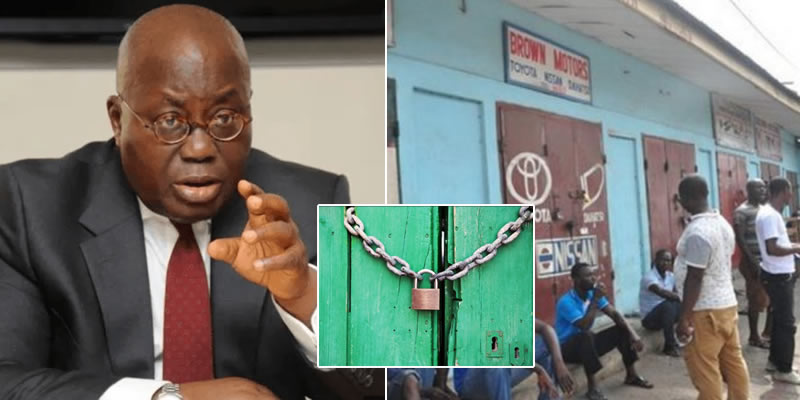 The Federal Government of Nigeria has calmed its citizens as it reveals there are urgent actions being taken to put an end to the trauma faced by Nigerian traders in Ghana.

Minister of Foreign Affairs, Geoffrey Onyeama, made this known on his Twitter handle, @GeoffreyOnyeama. “Nigerian government has watched with dismay, the painful videos of the forceful closure of the shops of Nigerian traders in Ghana. Urgent steps will be taken,” he said.

Also, reacting to the incident in Abuja, Onyeama said Ghanaians were insisting on retail trade because it is meant for Ghanaians only. The Minister added that the retail code has been there for sometime, but an agreement was reached over a year ago which led to why Nigerian traders had been operating till date.

He recalled his visit to Ghana as a special envoy of President Muhammadu Buhari where he met with Ghanaian President Nana Akuffo-Addo, followed by a meeting between both presidents and the issue was resolved. However, obviously, the issue has reared its head again and it seemed not to be resolved, he said.

According to Onyeama, the Ghanaian code on retail trade is in conflict with the Economic Community of West African States (ECOWAS) protocol on trade.

“So, this is something we want looked into at this non-respect of the ECOWAS protocol. What is the point of having an economic community if at the end of the day, each country would just make laws and regulations that are in contradiction of that? So, I think that is an issue that has to be addressed,” Onyeama said.

On the concrete measures the government is adopting to curb the situation, Onyeama said the first step is to be sure of all the facts before the government can act.

“So, this will entail hearing from the Ghanaian government. Our Minister of Trade is going to engage with his counterpart. We have summoned the Ghanaian High Commissioner who has given us information, we have the intention of recalling our Charge d’Affaires in Ghana for consultations and again, to get the facts because she is on the ground there.

“And we are also going to get in touch with ECOWAS to also understand clearly what the ECOWAS perspective on this is; if this law is in contravention of the ECOWAS protocol. Once we have all the facts, then we will consider all our options with the Ghanaian government. “