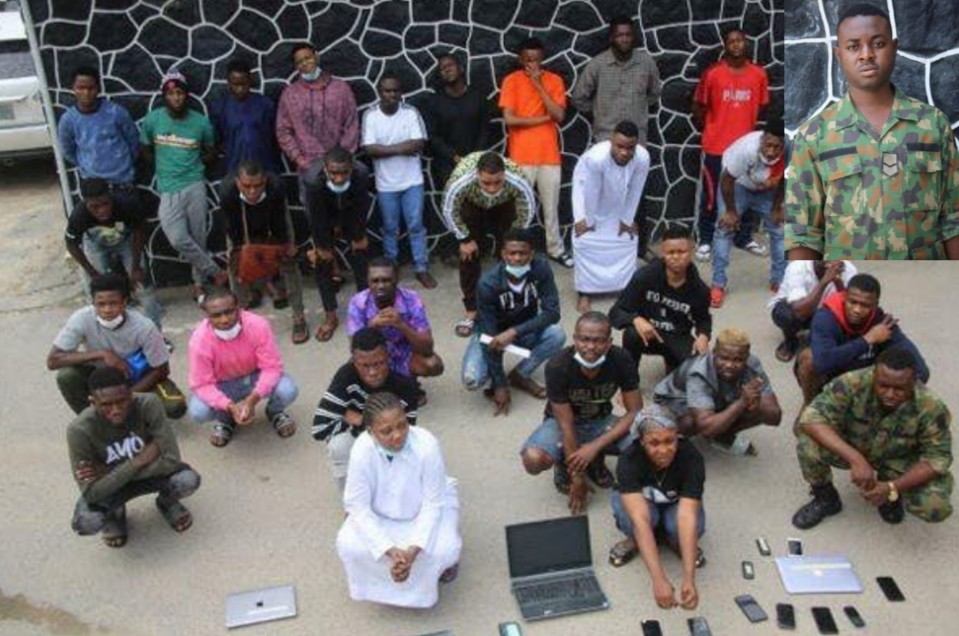 Operatives of the Economic and Financial Crimes Commission have arrested a serving military personnel, Lance Corporal Ajayi Kayode and 26 others for alleged internet fraud in the Lekki axis of Lagos State.

A statement by EFCC Spokesman, Dele Oyewale, said in a statement in Abuja on Monday that Kayode, with service number NAF18/34732, was arrested in his military attire during an early morning raid at 6B, Fatai Idowu Arobike, Lekki Phase 1, Lagos, on Saturday, August 15, 2020, following intelligence received from concerned members of the public about his alleged involvement in criminal activities.

In his statement, the soldier confessed that the “big shot yahoo yahoo boys” in whose company he was arrested, were his friends and that they had been teaching him how to make quick money through cybercrime.

The anti-graft agency said that while the “boys” are members of Organised Cyber Criminal Syndicate Network, OCCSN, the ladies arrested with them confirmed the involvement of their “boyfriends” in internet fraud.

Items recovered from the suspects include diamond jewelry, exotic cars and expensive phones.

The suspects will be charged to court soon.

See the face of the soldier and other suspects in the picture below as provided by the EFCC.