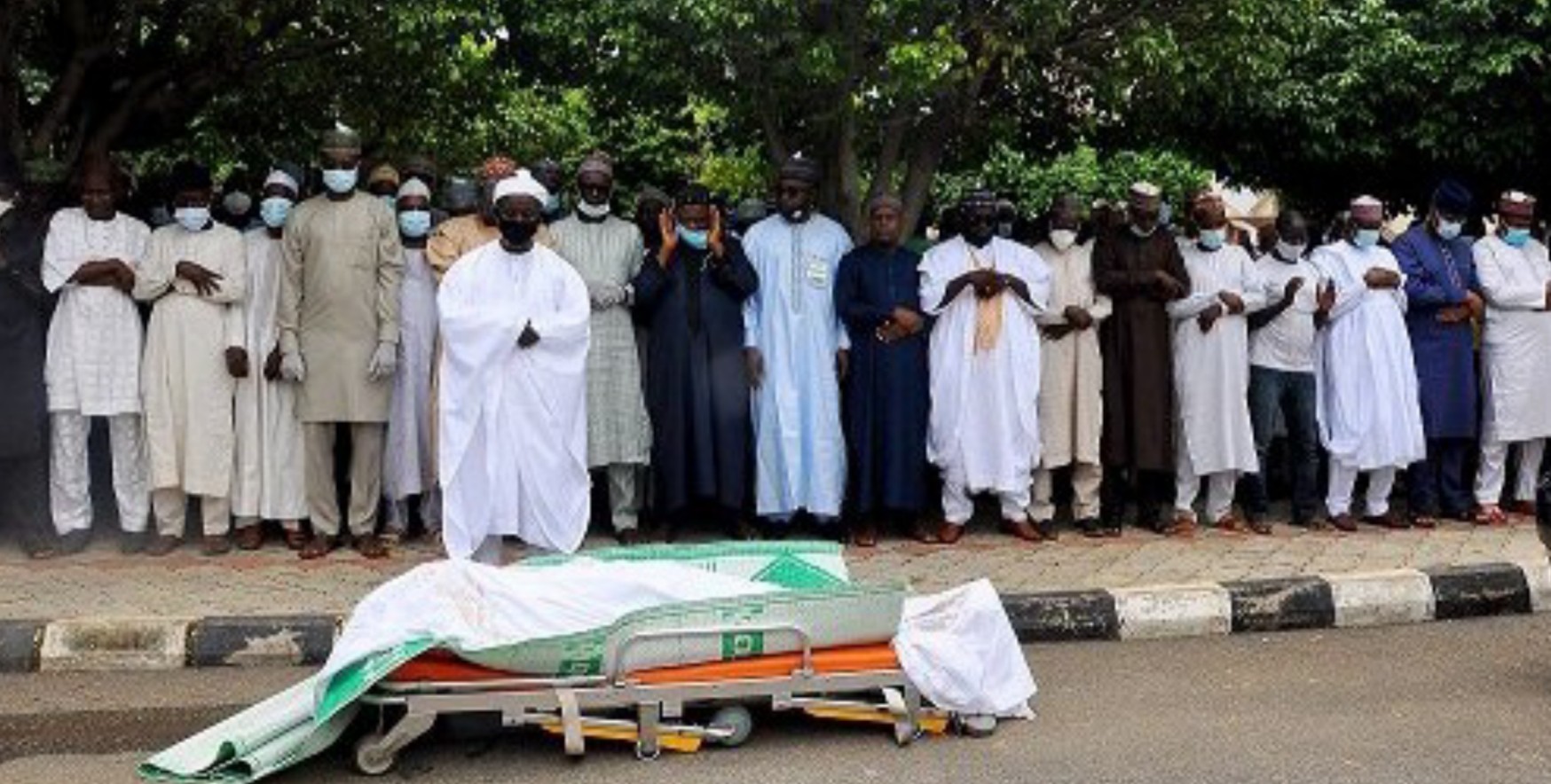 The remains of Malam Wada Maida have been buried at the Muslim section of the Gudu Cemetery in Abuja.

He was buried around 2:10pm after a funeral prayer led by Chief Imam of Sheu Shegari Mosque, Area one, Abuja, Imam Rabiu Sheu Suleiman.

Maida, until his death, was chairman, Board of Directors of the News Agency of Nigeria, a member of the Executive Board of the International Press Institute and also a Shareholder of Media Trust Limited.

He also served as the Chief Press Secretary to Muhammadu Buhari when he became military Head of State in December 1983.

Others were a former Secretary to the Government of the Federation, Yayale Ahmed; presidential spokesman, Garba Shehu; a former Minister of the Federal Capital Territory (FCT) Dr. Aliyu Modibbo and Chairman, Board of Directors of Media Trust Limited, Malam Kabiru Yusuf.

Masari described the death of Maida as a personal loss to him and the great people of Katsina state.

The Chairman, Editorial Board, Thisday Newspapers, Mr Olusegun Adeniyi, said the deceased was not only an elder in the media profession but also a fantastic gentleman.

READ  France to 'keep calm and carry on' as UK readies navy to protect fishing rights
Share this Post[?]