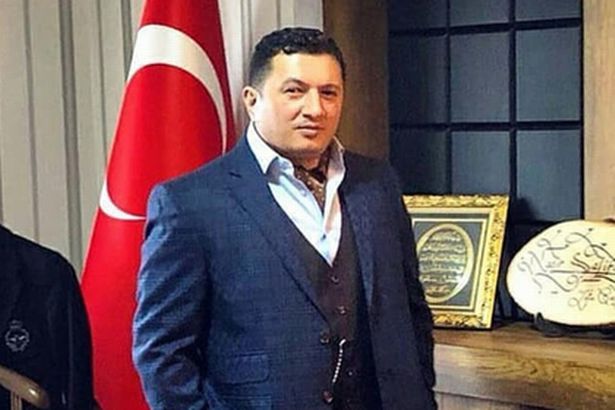 Nadir Salifov, also known as ‘Lotu Quli’, is widely renowned as one of Russia’s richest gangsters and organised criminals.

Police outside the restaurant in Antalya where the shooting took place

The ringleader of a notorious crime organisation has been shot dead while out for dinner, according to reports.

Nadir Salifov, also known as ‘Lotu Quli’, is widely renowned as one of Russia’s richest gangsters and organised criminals.

The 47-year-old was shot in the head by the person he was dining with at a hotel restaurant in the Turkish city of Antalya, according to the Anadolu news agency.

A major police operation was quickly put in place to locate the shooter, who had fled the scene after the shooting.

The murder suspect has been detained by police who made a stop on the Antalya-Denizli highway.

Salifov was living in Turkey illegally having previously been deported

Salifov was convicted of murdering two rival gang members aged 22 and was initially given the death penalty, before his sentence was reduced to 15 years in prison.

Behind bars in Azerbaijan he managed to maintain his profitable criminal activities, using an illegal mobile phone to contact the outside world and run extortion rackets.

He was released from prison in 2017 and quickly re-established his reputation as a mafia leader, being described by Russian authorities as “Azerbaijan’s biggest thief”.