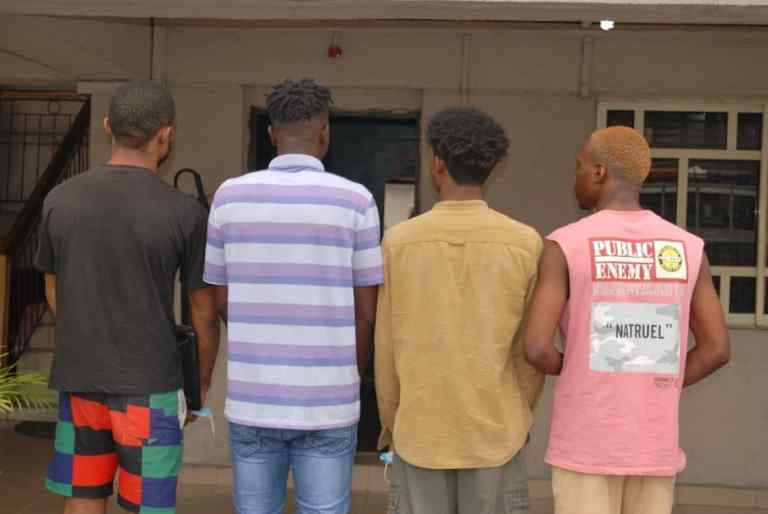 Operatives of Port Harcourt and Enugu Zonal Offices of the Economic and Financial Crimes Commission (EFCC) have arrested 11 suspects in Enugu and University of Port Harcourt (UNIPORT) for their alleged involvement in internet frauds.

It was gathered that their arrest followed intelligence signalling them as a syndicate of fraudsters that specialised in defrauding unsuspecting members of the public, especially foreigners through the internet.

They were reportedly picked from their hideout at Chibiak Avenue, Elenpranwo, Ada George, Port Harcourt.

“Between the four, a total heist of $111,500 from 15 victims passed through their hands. The suspects will be charged to court as soon as investigation is concluded.”