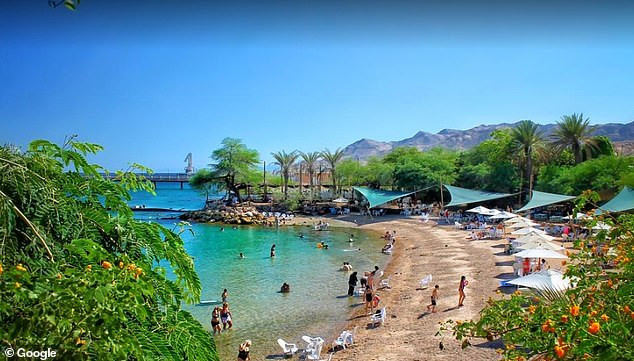 Shocking as 30 men allegedly gang-raped a 16-year-old girl in the coastal resort of Eilat in Isreal.

According to The Times of Isreal report, the rape victim went to Police last Friday, August 14, to report that she was repeatedly assaulted while she was drunk in a hotel room.

Reacting to the incident, the Police disclosed that they have arrested two men so far and one of the suspects told investigators that a large group of men had sex with the girl but claimed that it was consensual.

Isreali newspaper Haaretz said some of the men are alleged to have filmed the attacks on their phones.

The first suspect was reportedly arrested after Police discovered there was video footage of the alleged rape.

Police say the alleged victim was not a guest at the hotel but had only gone there to drink with some of her friends. But when the girl went to the bathroom, she was allegedly taken to one of the hotel rooms and raped by the group of men, who all didn’t know each other.

The report said one suspect claimed that the men ‘lined up’ outside the room before going inside to assault her.

Israeli television reported that another alleged attackers entered the room under the pretence of being a medic who wanted to help. But he ‘took advantage of her and slept with her when she was out of control.’

Authorities are now awaiting the results of a medical examination, with two suspects, both 27, already in Police custody.

Reacting to the rape allegations, prime minister Netanyahu said on Twitter that ‘this is shocking, there is no other word’.

‘This is not just a crime against the girl, it is a crime against humanity itself that deserves all condemnation and that those responsible for it should be brought to justice,’ Netanyahu said.

Netanyahu’s coalition partner and defence minister Benny Gantz asked: ‘What is a man who is standing on a crowded line with dozens of others, on the way to a room where a young, disoriented girl is lying down, trying to prove?

‘The police investigation is still underway, but it’s important that I convey a message to those who participated or bore witness to this case or others: The only thing you’ve proven is what depravity of your soul and morality you are capable of.’