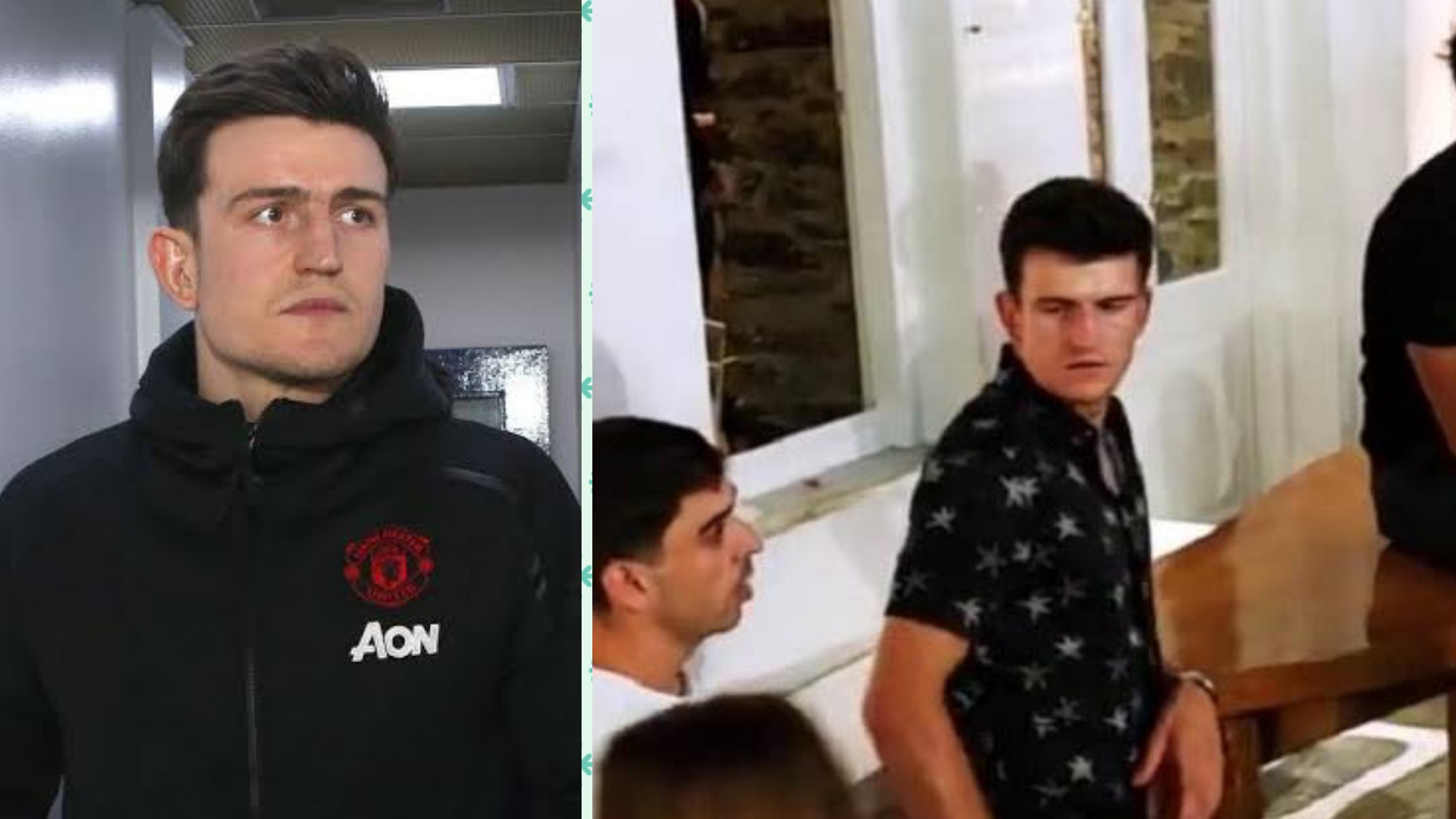 Manchester United skipper Harry Maguire has been arrested on the Greek island of Mykonos for allegedly attacking police after a fight outside a bar.

Maguire, 27, was allegedly spotted by police in an altercation with other British tourists last night, local media reported

When the officers intervened, three Englishmen are alleged to have fought back physically and verbally.

As a result, the three were detained in the early hours of Friday – among them the England international.

And reacting to the incident Manchester United said in a statement: “The club is aware of an alleged incident involving Harry Maguire in Mykonos last night.

“Contact has been made with Harry, and he is fully co-operating with the Greek authorities.

“At this time we will be making no further comment.”

Footage posted on a Greek website shows Maguire earlier that night chatting with fans in the Matogiannia area of Mykonos town.