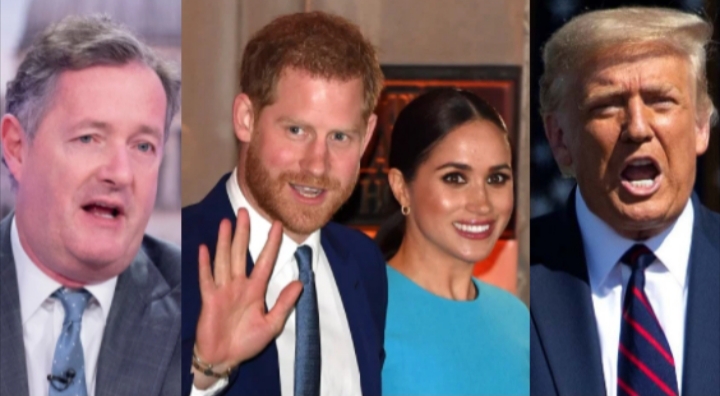 The Good Morning Britain Host, Piers Morgan has called for the stripping of titles of Prince Harry and Meghan Markle over comments made by Megan to hit Donald Trump.

This is coming after the Duchess of Sussex appeared a surprise guest on Michelle Obama’s When All Women Vote event on Thursday, August 20.

Meghan appeared to take a dig at the President ahead of the election, saying: “We all know what’s at stake”.

Meghan said: “We vote to honour those who came before us and to protect those that come after us…that’s what community is all about and that’s specifically what this election is all about.

“We all know what’s at stake this year. I know it, I think all of you certainly know it if you are here at this fun event with us.

“You’re just as mobilised and energised to see the change we all need and deserve. This fight is worth fighting and we all need to be out there mobilising to have our voices heard.

Reacting to Meghan’s comment, Piers Morgan accused the sussex of breaching royal protocol as royals are advised not to give political opinions.

In a tweet on Friday evening, the Good Morning Britain host urged the Queen to remove Harry and Meghan’s titles.

Piers wrote: “The Queen must strip the Sussexes of their titles. They can’t remain as royals & spout off about foreign elections in such a brazenly partisan way.”

He added: “Last time I checked she’s still calling herself the Duchess of Sussex”.