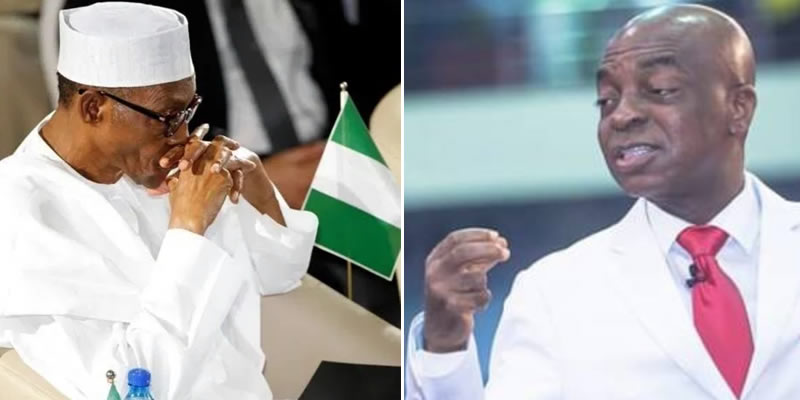 Bishop David Oyedepo of Living Faith Church Worldwide, also known as Winners’ Chapel has revealed that he threw a bomb and sent shock waves to the Federal Government, following his rejection of the Companies and Allied Matters Act 2020 (CAMA).

Oyedepo, last Sunday said he would not allow anyone oversee his church. The Christian Association of Nigeria (CAN) had also rejected CAMA, describing it as “Satanic” and a “time bomb” waiting to explode.

However, speaking on Sunday during his sermon at Canaan Land, Ogun State, Oyedepo said the atmosphere was charged after he spoke.

“My story may look primitive, but I won’t stop sharing it: I bought the last newspaper in 1993. I am not a media specialist. During this COVID-19 propaganda by a lot of international media, I tried to follow through, I told my son, ‘Never again will I watch this stupid thing’.

”I said my spirit man was choking by the volume of their lies. I shut it down. I am hearing purely from God at all times. If I say something sir, I am saying it by the Spirit of God.

”You know the bomb I threw last Sunday: He (God) gave it to me. They were gyrating, vibrating. You know that’s as my custom is. God tells me something, how you look is irrelevant; I will throw it gbam. You don’t cover your head, whatever happens to you, that’s all.”

The CAMA law which came into effect on August 7 requires that religious bodies and charity organisations will be strictly regulated by the registrar-general of Corporate Affairs Commission (CAC) and a supervising minister.

It also provides that the commission may by order, suspend the trustees of an association or a religious body and appoint an interim manager or managers if the church’s operations become questionable.