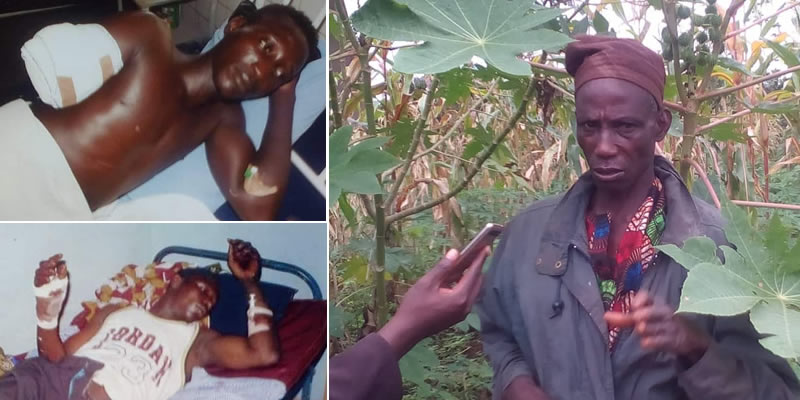 Farmers in Ikoyi-Ile, Orire Local Government Area of Oyo State have threatened to resort to self-help if security agencies fail to protect them from incessant attacks from herdsmen.

Recounting their ordeal in the hands of the their attackers, the secretary of Idera Agbe Famers Association, Orire Local Government branch, Chief Joseph Oyekola, accused herdsmen of killing a farmer, raping two of their daughters and destroying their farms.

Oyekola added that herdsmen have been terrorising farmers in the area for the past eight years, stressing that an urgent intervention was needed by the government before things get out of hand.

Oyekola, who doubles as the Babalaje Agbe in the local government, said: “We don’t know what to do because if we take any step or revenge, it might lead to bloodshed. We want the government to help us by taking necessary steps because our Kabiyesi that is supposed to defend us has failed in his duties. He is now backing the herdsmen against us.

“Herdsmen cut off the hand of one of our workers working on the farm, they destroyed our farm products. Another farmer was cut on the head with a machete while others were injured, and two of our minors were also raped.”

One of the victims, Dominic Gbegbi, said he was cut with a machete while trying to pursue the herders who invaded his farm with their cows.

Another victim, Usman Daudu, whose farm products were allegedly destroyed by the herdsmen, said that 20 hectares of his farm land with maize, yam and tomatoes, was destroyed, adding that he was attacked and cut in the head with cutlass while trying to chase them away.

He said: “They have not stopped the attack on our farm, we have pleaded with them several times yet they didn’t yield to our plea. They are ‘Bororo’ Fulani because the Fulani that have been living with us never had any issue with us.”

Speaking on the incident, Onikoyi of Ikoyi-Ile, Oba Abdul-Yekeen Oladipupo, said that he has been trying his best to facilitate peaceful co-existence between the farmers and herdsmen in the area. He said farmers-herdsmen clashes are not limited to the area.

“We have tried to resolve the issue many times because it is difficult to separate the farmers and herdsmen. We have been living together for a while. I have taken a lot of steps on the matter so as to find a lasting solution to it but it seems my efforts are not sufficient to achieve the goal. So, we need government intervention on the matter.

“I have had series of meetings with all the Baales (village heads) around me to find solution to the issue. In fact, I even had meetings with the Assistant Inspector General of Police (Zone 11) in Osogbo together with the Commissioner of Police, and the police assured us of coming to our aid.”

The monarch called on the Oyo State governor, Engr. Seyi Makinde; House of Assembly and security agencies to come to the aid of his people.