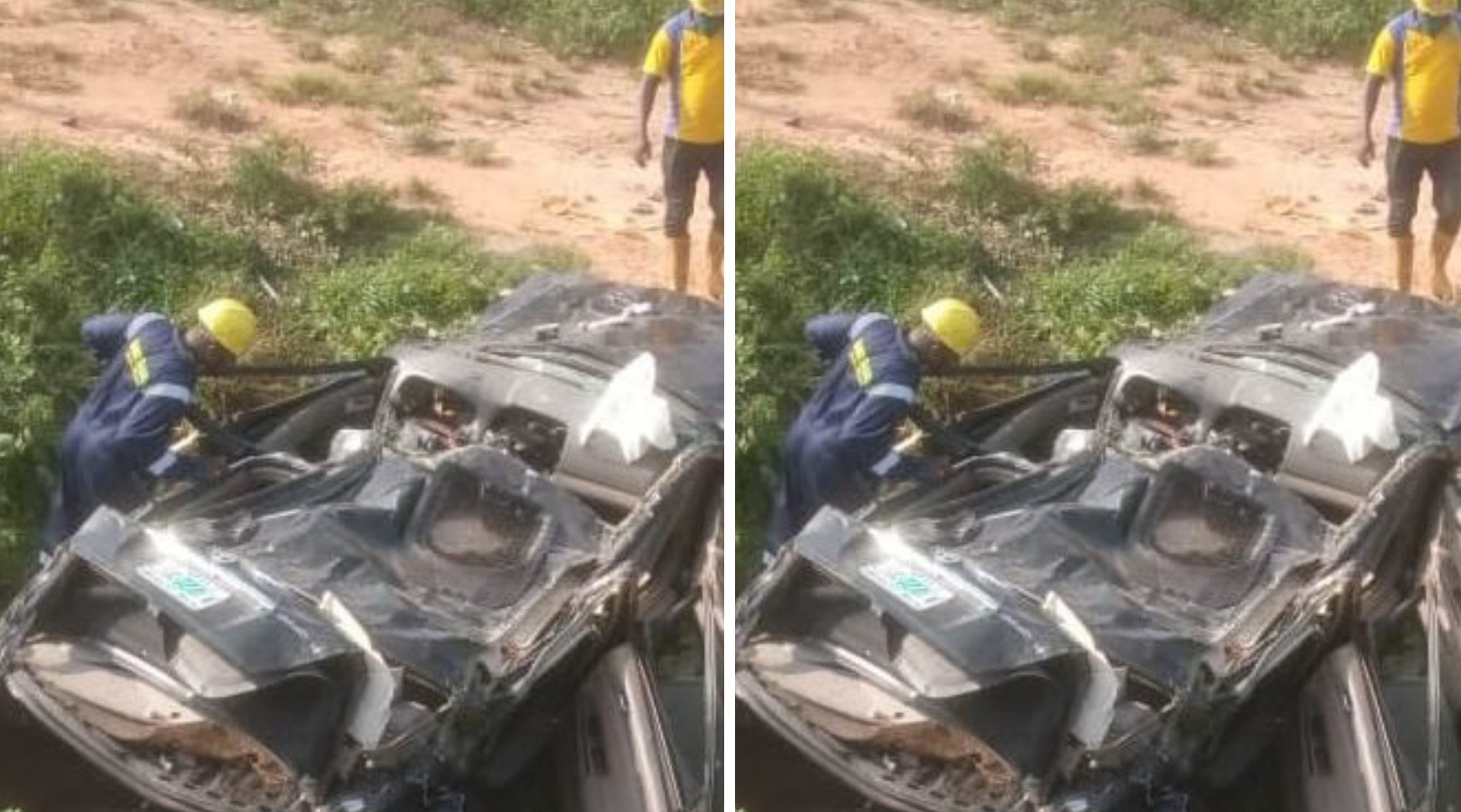 At least four persons were reportedly killed on Sunday in Epe, Lagos, when a Toyota Camry with registration number LSR-724FW and a tricycle collided.

A statement by the Lagos Emergency Management Agency (LASEMA) blamed the accident on the Toyota Camry’s driver, who was on top speed, making one of the vehicle’s front tyres to bust.

According to LASEMA, the vehicle skipped off the road and ran into the tricycle rider.

“From the information gathered by the Lagos Rapid Transit from police officers from Odo-Noforija Divisional Headquarters, Epe, the accident was as a result of a combusted front tyre while on top speed. The vehicle skipped off the road and ran into the tricycle rider, who was washing his tricycle beside a culvert and somersaulted into a ditch.

According to report, all in the car died, along with the tricylist.

The LASEMA boss confirmed the death of four persons.

He said that the state emergency response team and police officers from nearby Odo-Noforija Divisional Headquarters evacuated the remains to Epe General Hospital.