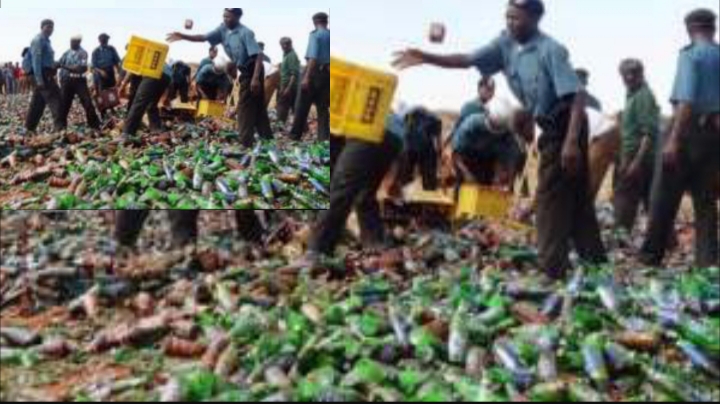 No fewer than 588 confiscated bottles of beer have been destroyed by the Sharia law enforcement agency (Hisbah) in Ringim local government area, Jigawa state.

This was made known to newsmen by the State Commandant of Hisbah, Malam Ibrahim Dahiru in Dutse on Sunday.

Dahiru stated that the beer was destroyed on Aug. 20.

Dahiru said that the beer was confiscated in Tudun Babaye village, Ringim LGA, during a raid in Gujungu, Kijawal and Wadugur villages in Ringim and Taura Local Government Areas.

Dahiru revealed that consumption of beer was prohibited in all parts of the state, including villages and assured that the Hisbah would not relent in its fight against immoral acts including consumption of alcohol in the state.

Dahiru further advised residents to desist from engaging in vices capable of destroying the society.