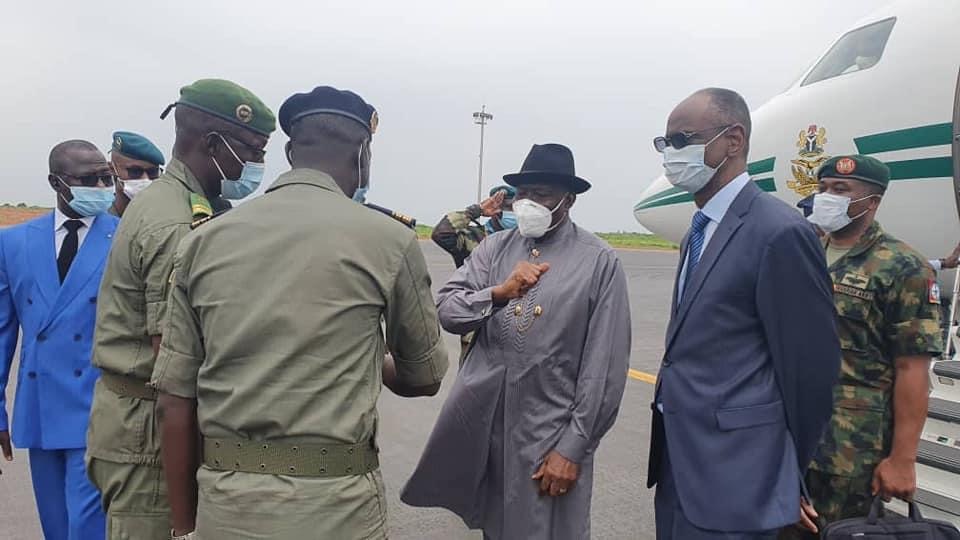 Reports revealed that discussions between West African mediators and Mali’s military junta ended in disagreement as there was no decision taken on the make-up of a transitional government.

Recall that former president of Nigeria, Goodluck Jonathan led a delegation dispatched by the Economic Community of West African States (ECOWAS) which arrived Mali on Saturday to negotiate the release of President Ibrahim Keita and the restoration of constitutional government.

The military junta led by Colonel Goita had declared that it wants a military-led transitional body to rule for three years.

According to sources in Mali, discussions held on Monday focused on emergence of new leader and duration of tenure of the new leadership rather than the possibility of reinstating the President”.

Jonathan had earlier said they requested and were granted access to Keita.

“President Keita told us that he has resigned. That he was not forced to do so, “Jonathan had said.

“That he does not want to return to politics and that he wants a quick transition to allow the country to return to civilian rule.”

Meanwhile, the spokesman for the military junta, Ismael Wague said mediators would report to regional heads of state ahead of a summit on Mali this week.

Wague added that the final decision on the interim administration would be decided locally.

“There were discussions on both sides, given that at this stage nothing has been set down, nothing has been decided, and that as far as we are concerned, the final architecture of the transition will be discussed and defined by us,” Wague said.

“Mediators will discuss this with the heads of state so they can lift or at least ease the sanctions. Sanctions are not good for us or the population.”