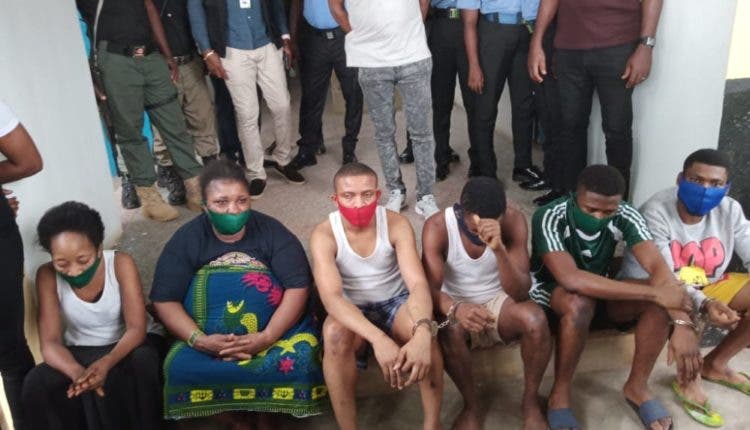 Three months after the brutal rape and murder of Vera Omozuwa, a 100-level student of the University of Benin, the Edo State Police Command on Wednesday paraded six suspects in connection with the crime.

Omozuwa was attacked in a church in May where she had gone to read. She later died in the hospital.

One of the suspected killers, Collins Uligbe, from Agbor in Ika North East Local Government Area of Delta State, disclosed while being paraded that her landlady, Mrs Mary Ade, gave them N1 million to kill the undergraduate.

Collins who said he attends the same church the student attended, said that he was asked by the landlady to wipe Uwaila’s private part with an handkerchief so that she could use it for ritual purposes and prosper in her business.

However, the landlady denied the allegation, saying she neither gave him the money nor asked him to wipe the lady’s private part.

He said “The matter was a great concern to the Inspector General of Police, IGP, Muhammed Adamu who sent to us here in Benin, Homicide experts to work with our policemen at the state criminal investigation department.

“What we are seeing today, is a result of the uniting efforts of the police to get at the root of the crime and today, I announce to you and making public through this medium that the perpetrators have been arrested.

“The postmortem results had actually confirmed that she was raped”, he said.

The Police Commissioner, Mr Johnson Kokumo said the police had been able to recover sizeable number of arms that would have been used to disrupt the Edo 2020 gubernatorial election.

According to him, “we have been able to recover a sizeable number of arms and ammunition that would have been used to disrupt the Edo 2020 gubernatorial election, on, before or after the election. The Edo State Police Command will continue to ensure that we recover all arms and ammunition that are in private hands so that the Edo 2020 will be held in an atmosphere of peace.”