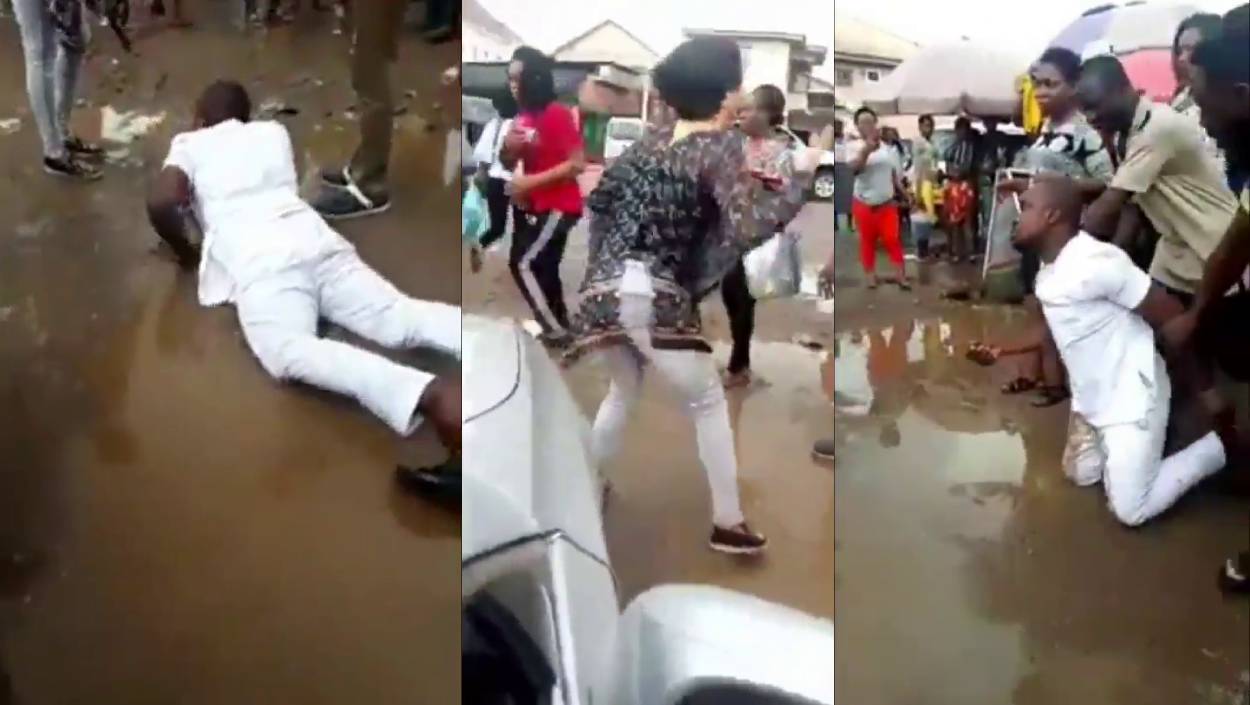 A middle-age man has been captured on camera crying and rolling in the mud after his girlfriend rejected his marriage proposal in a market, in Owerri, Imo State.

In the video, the lady could be seen shouting at the man after she refused his proposal. The heartbroken man prostrated on the floor as he pleaded with her to accept his proposal.

The embattled man identified as Ekeh Nnamdi Roll who is a bricklayer while speaking with journalists said from his little income that he trained Miss Charity in the university only to be dumped after 5 years.

Ekeh advised men to use their money for gambling than investing it in any woman. Ekeh also stated that Miss Charity was the 3rd woman to treat him in such manner, he concluded that majority of women out there are fraudsters who sees relationship as opportunity to dupe innocent men.

An eyewitness who shared the video wrote;

“I am an eyewitness to that. According to the man, he trained her through school, rented and equipped her shop, bought her a small car only for him to propose to her and turned him down,” Watch the trending video below;

READ  ‘How Much Dangote Damaged My Heart’ — Ex-Girlfriend Of Richest Black Man Recounts Their Relationship (photos)
Share this Post[?]